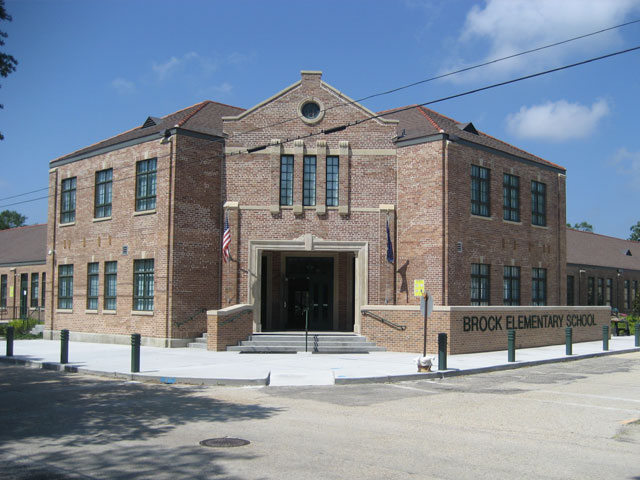 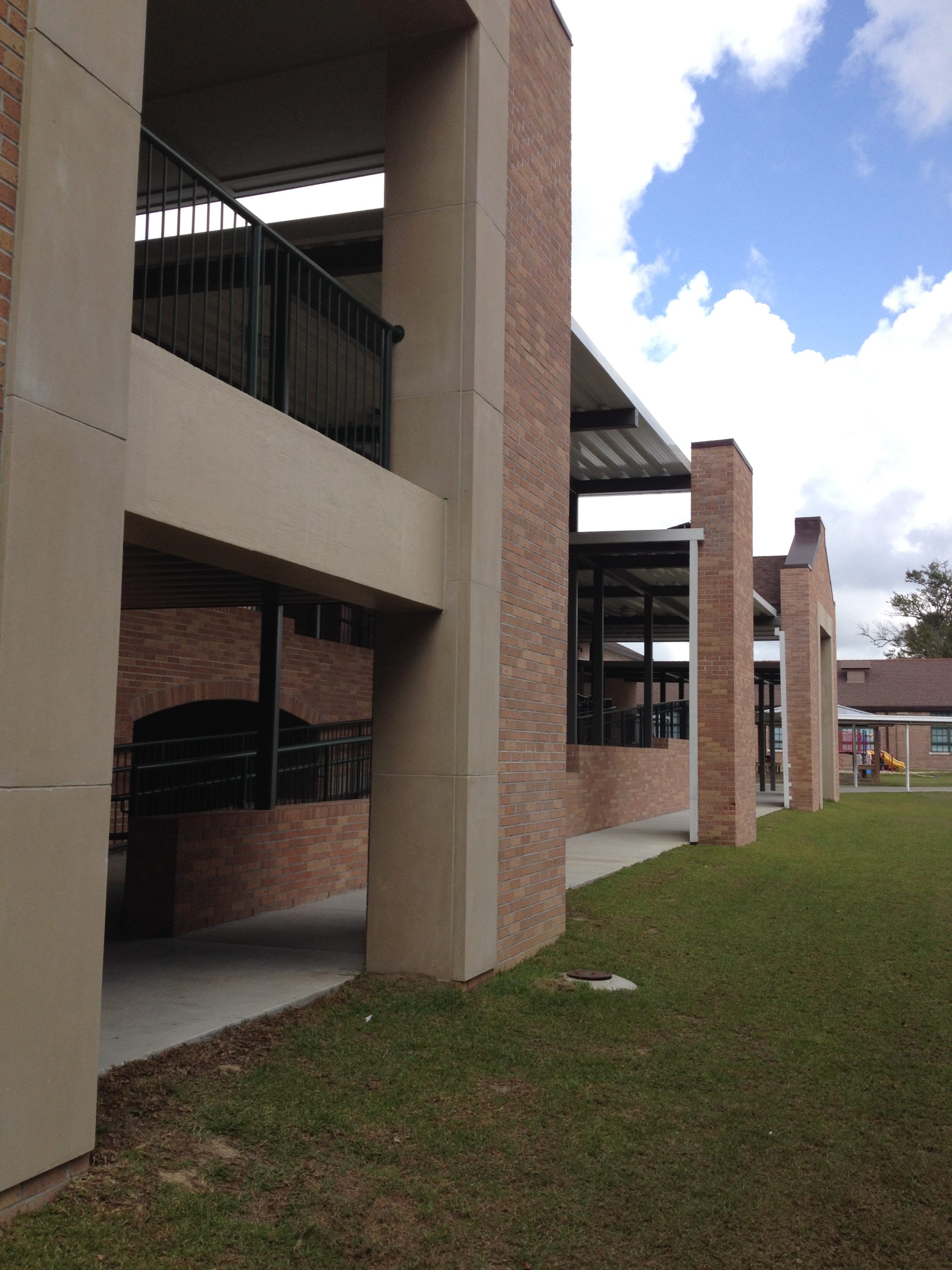 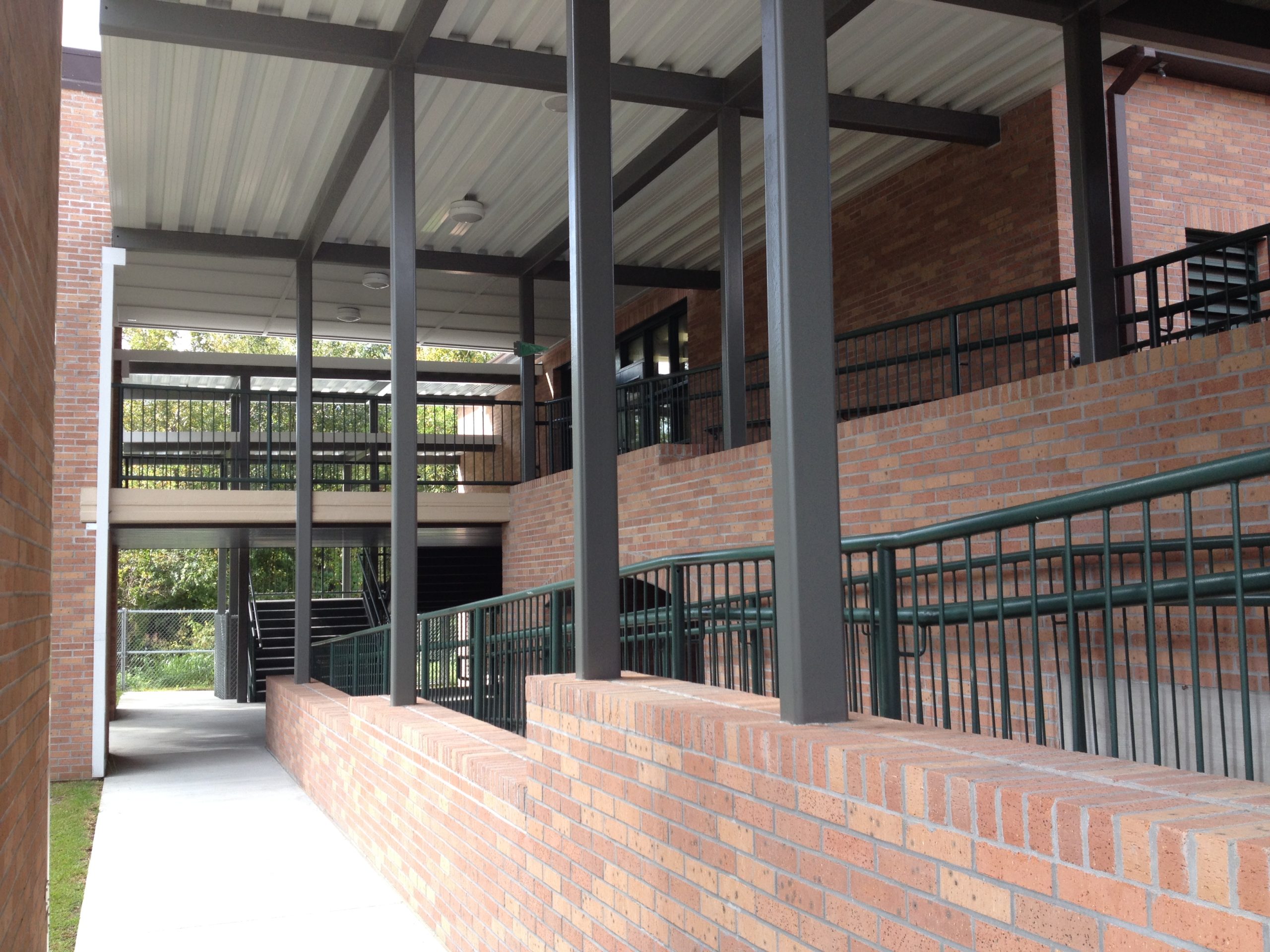 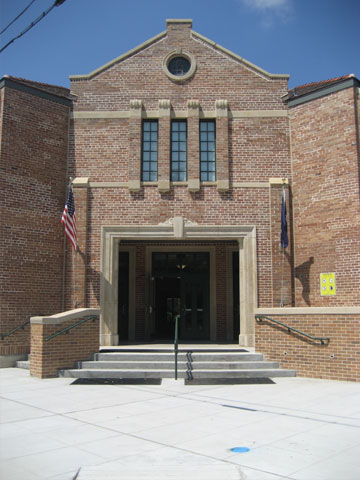 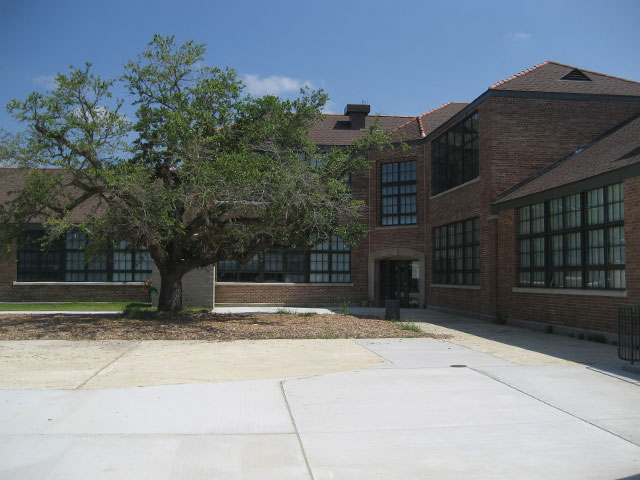 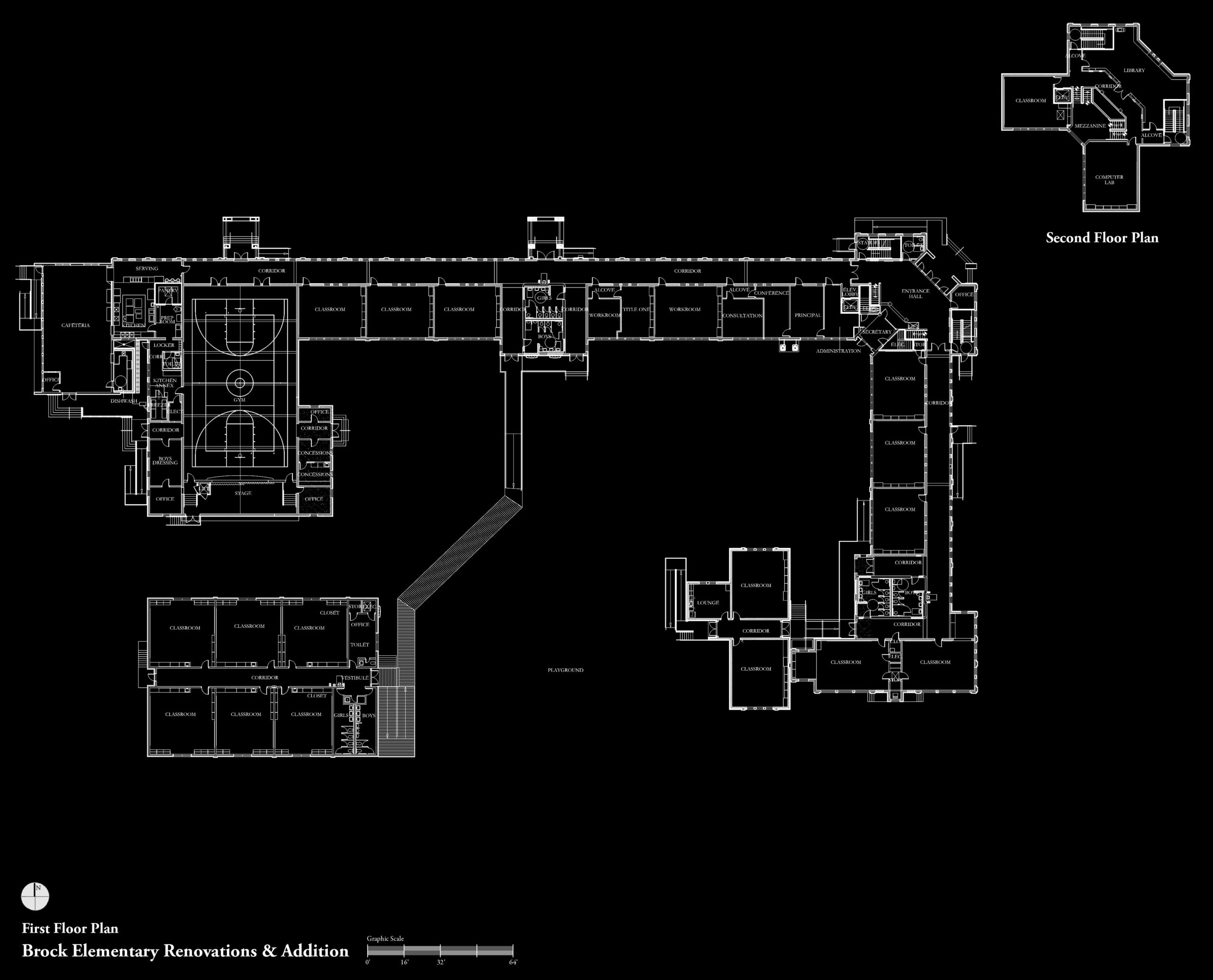 Brock Elementary School in Slidell, Louisiana was severely damaged by Hurricane Katrina and underwent extensive renovations and additions. The buildingnow houses 21 classrooms for grades Kindergarten through 5th grade, gymnasium, library, and cafeteria. The existing building consists of load-bearing masonrywalls composed of exterior brick masonry and interior structural clay tile. Brick wainscot was also existing within the corridors, but had been paintedduring the life of the building. Portland cement plaster was existing above the brick wainscot and within all classrooms and office spaces, and the secondfloor and roof are framed in wood. One portion of the building severely damaged by the hurricane storm surge required complete demolition and replacement.The majority of the classrooms had existing wood floors over concrete, but were irreparably damaged by standing water within the building. Other limitedimprovements included updating the building to meet ADA Accessibility Guidelines. Extensive termite damage within the portions of the of the structure.Since this project was not designated by FEMA as an “improved” project, the scope was very limited. All finishes within the buildings required removaland replacement. Existing wood floors at the first floor were removed and replaced with a concrete topping and VCT. Features such as interior brick wainscotwere exposed by removing paint from the original construction to illustrate the beauty of the original building. Plaster surfaces were repaired to originalcondition and painted. All of the original steel windows were replaced due to advanced corrosion and the presence of lead paint. Exterior brick was cleanedand damaged mortar joints were repointed to match the existing. The original building was conditioned only by window units within the classrooms, howevera new HVAC system composed of water-source heat pumps was utilized to condition the entirety of the building. While the majority of the interface withFEMA was performed by the Owner, however collaboration with the Owner and FEMA took place throughout the design and construction of the project. Additionally,an extensive review and breakdown of the construction cost was mandated by FEMA; this was lead by H/S in conjunction with the Contractor to provide thenecessary documentation for the funds to be released.