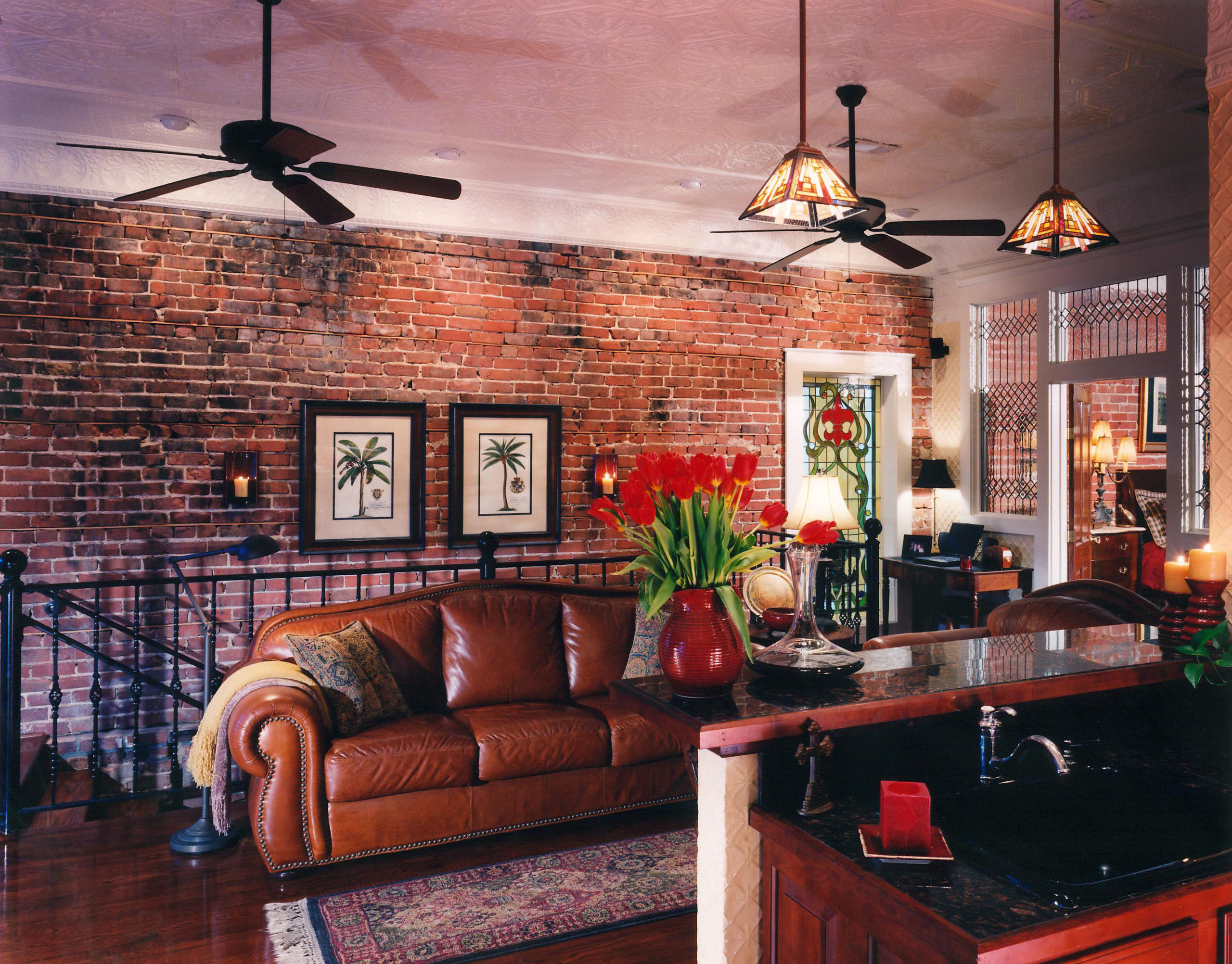 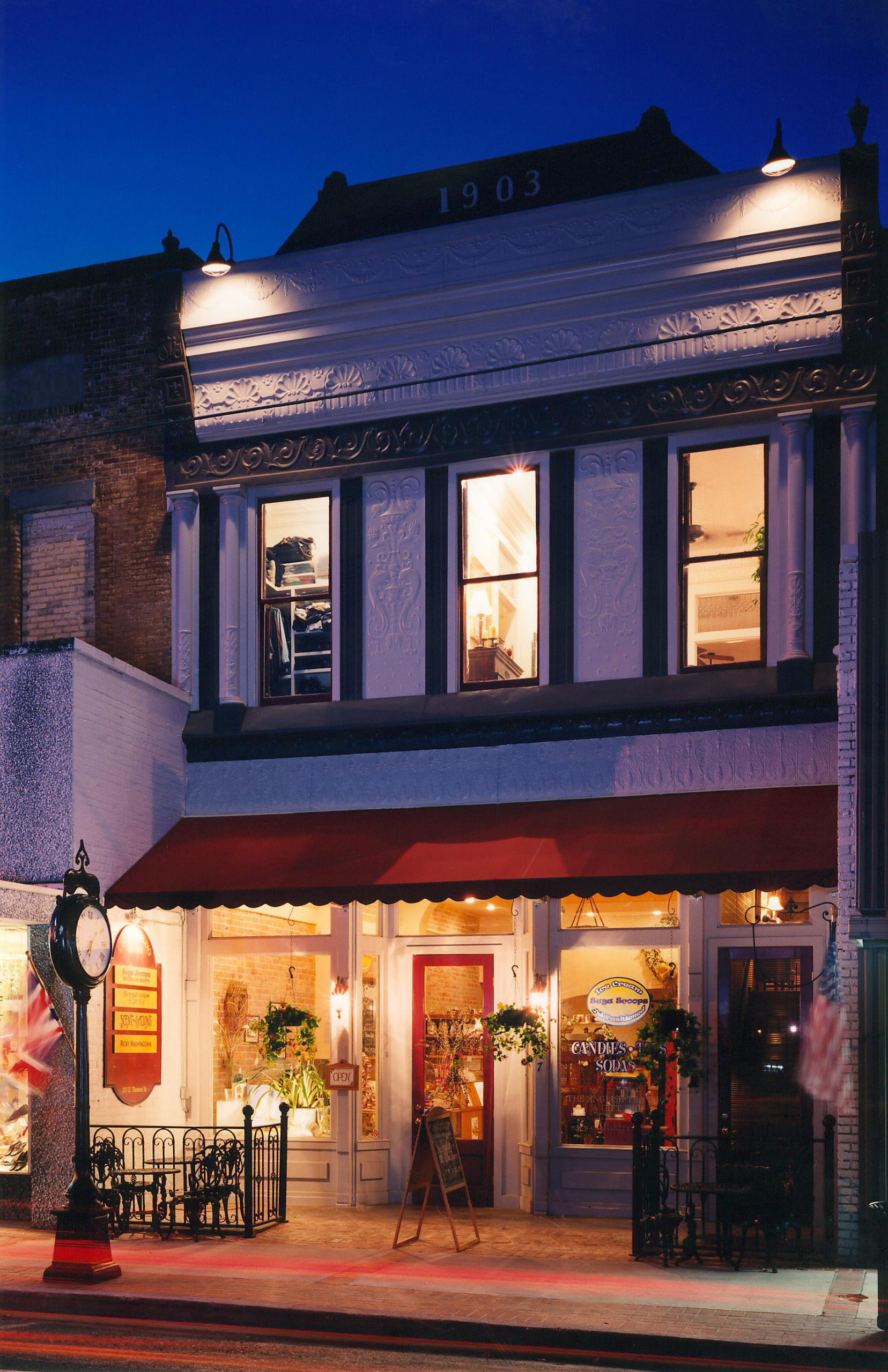 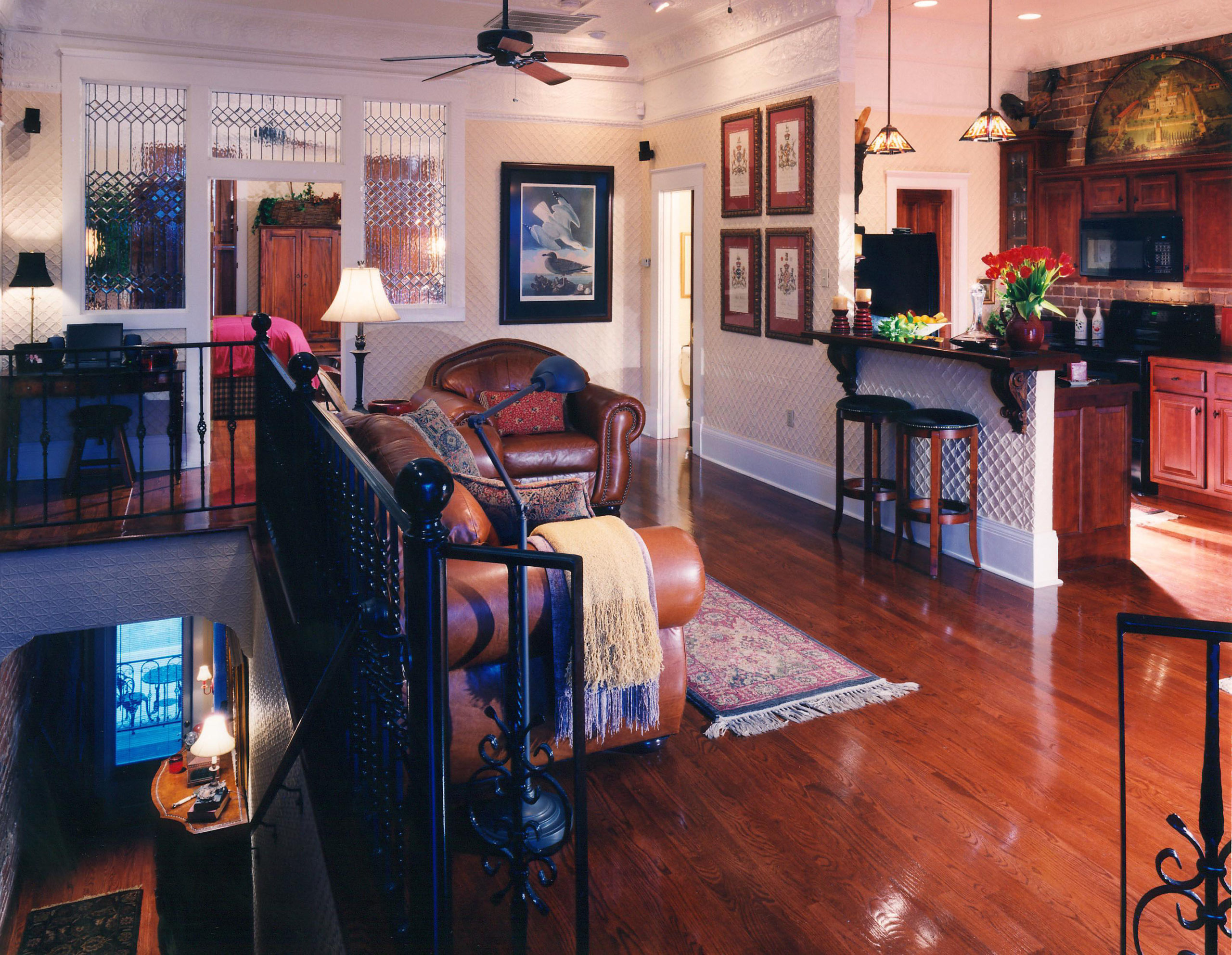 This building was originally built around the turn of the 20th Century in the early 1890’s and was constructed with the post office on the ground floor and doctor’s offices on the second floor. The building had several unique features in its original design. The first is that the building was set back approximately 10 feet from the sidewalk with a metal canopy extending from the base of the building to the edge of the sidewalk and aligned with the face of most of the buildings on Thomas Street. The second unique feature of this building is the pressed tin exterior façade. This pressed tin was highly ornate and covered the entire face of the building. The third unique feature was that the interior of the second floor was also ornate pressed tin walls and ceilings. The project scope included renovations to the ground floor into a restaurant space which extended through the building to an alley access on the back side. The second floor was a complete and total renovation back to its original character (including the pressed tin restoration) and the addition of a rooftop terrace off the back of the apartment. The windows and the pressed tin façade were refurbished to their original appearance and the meticulous revitalization restored the unique and only pressed tin façade building in Historic Downtown Hammond.