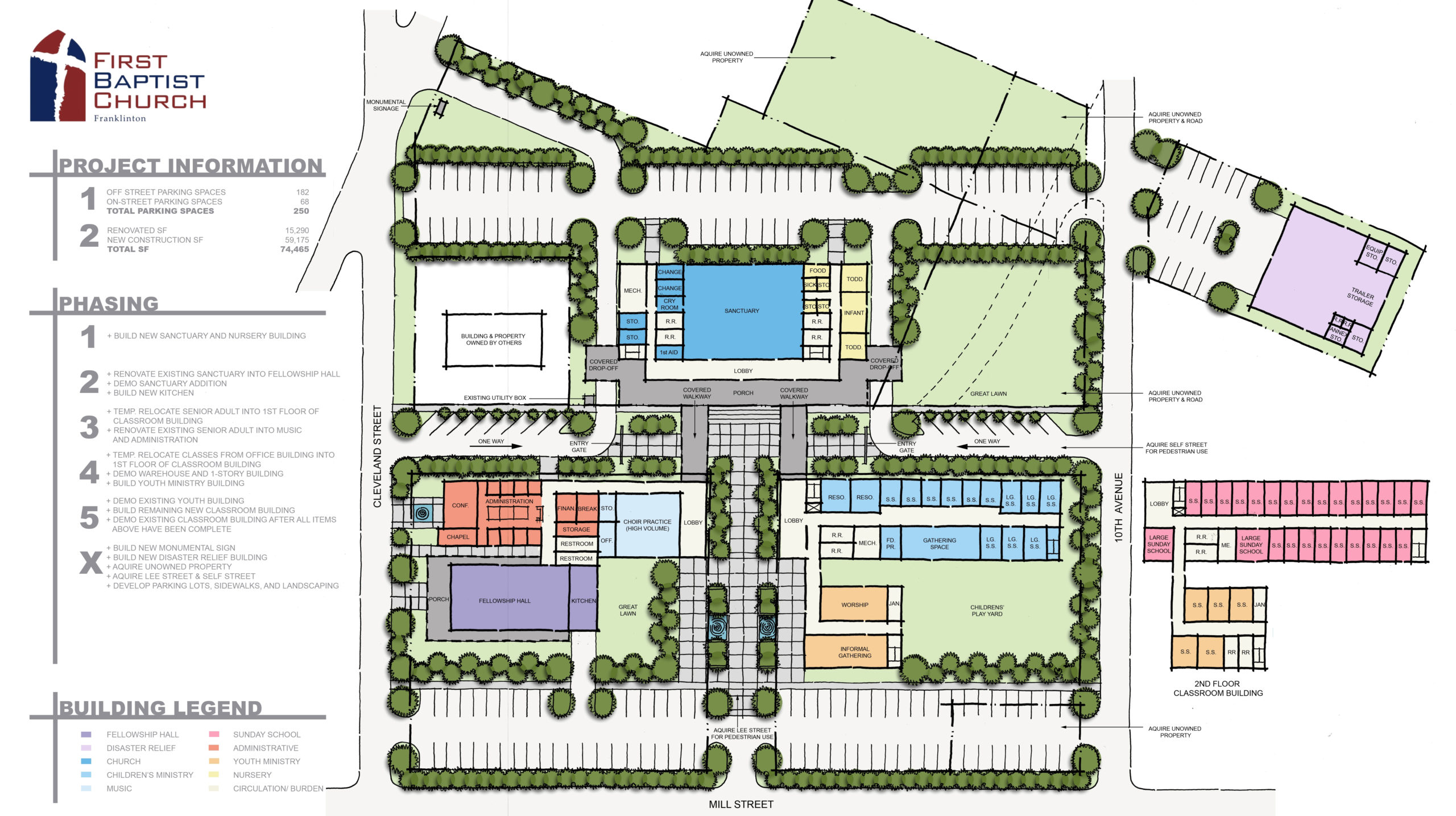 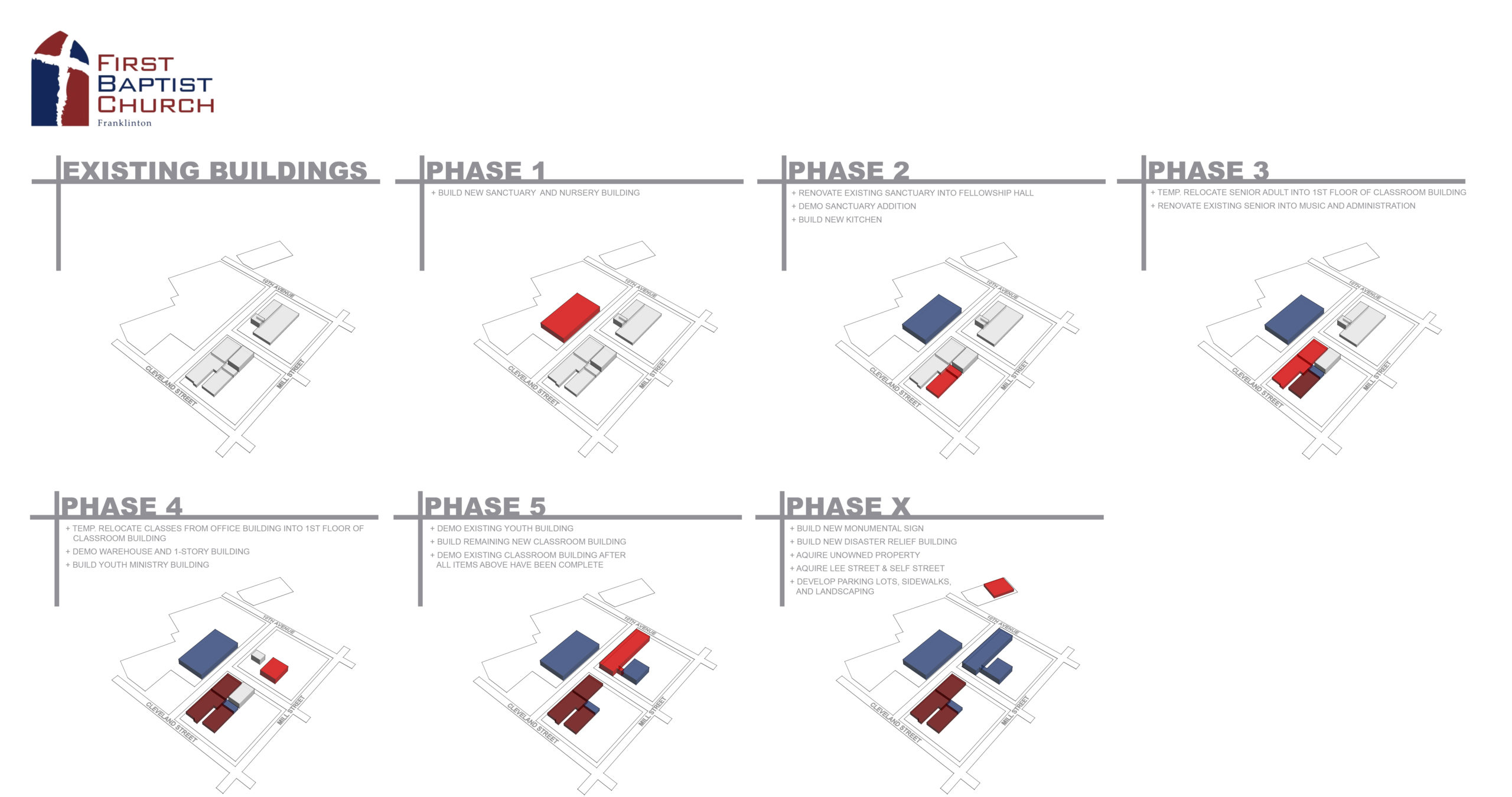 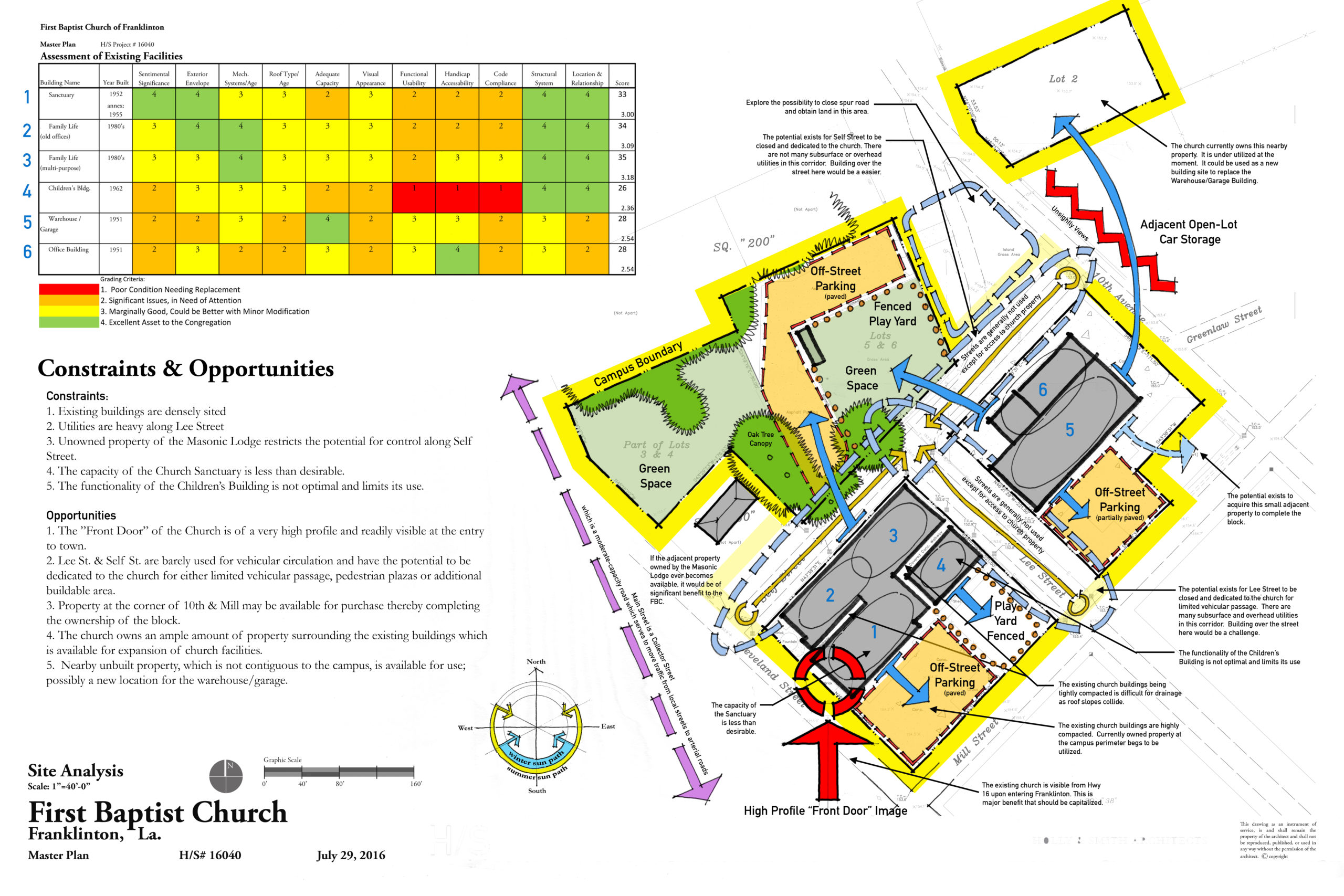 H/S Architects worked with the Franklinton First Baptist Church to prepare a 10-year master plan for their aging campus. The H/S Team analyzed their existing facilities and helped them to determine which facilities had exceeded their life cycle & functionality. After this analysis, it was determined that the existing church education building and administration buildings should be removed to make room for new facilities. Although the church had acquired ample amount of land, the existing facilities were densely packed within a small portion of this land. Because of this, there were several opportunities to grow, but the challenge of phasing this growth became a formidable one. H/S prepared a final master plan that was broken down into 7 manageable incremental phases. The essence or “big idea” of the master plan focused on a new sanctuary, which was centered on Lee Street to connect and engage the church with their historic downtown. The design team also assisted the church in negotiations with the city administration to plan for a future dedication of two intersecting streets, which pass through their campus, to be restricted to pedestrian use only. This move would greatly contribute to the unification of their existing property, which exists on 4 city blocks, into one contiguous campus.