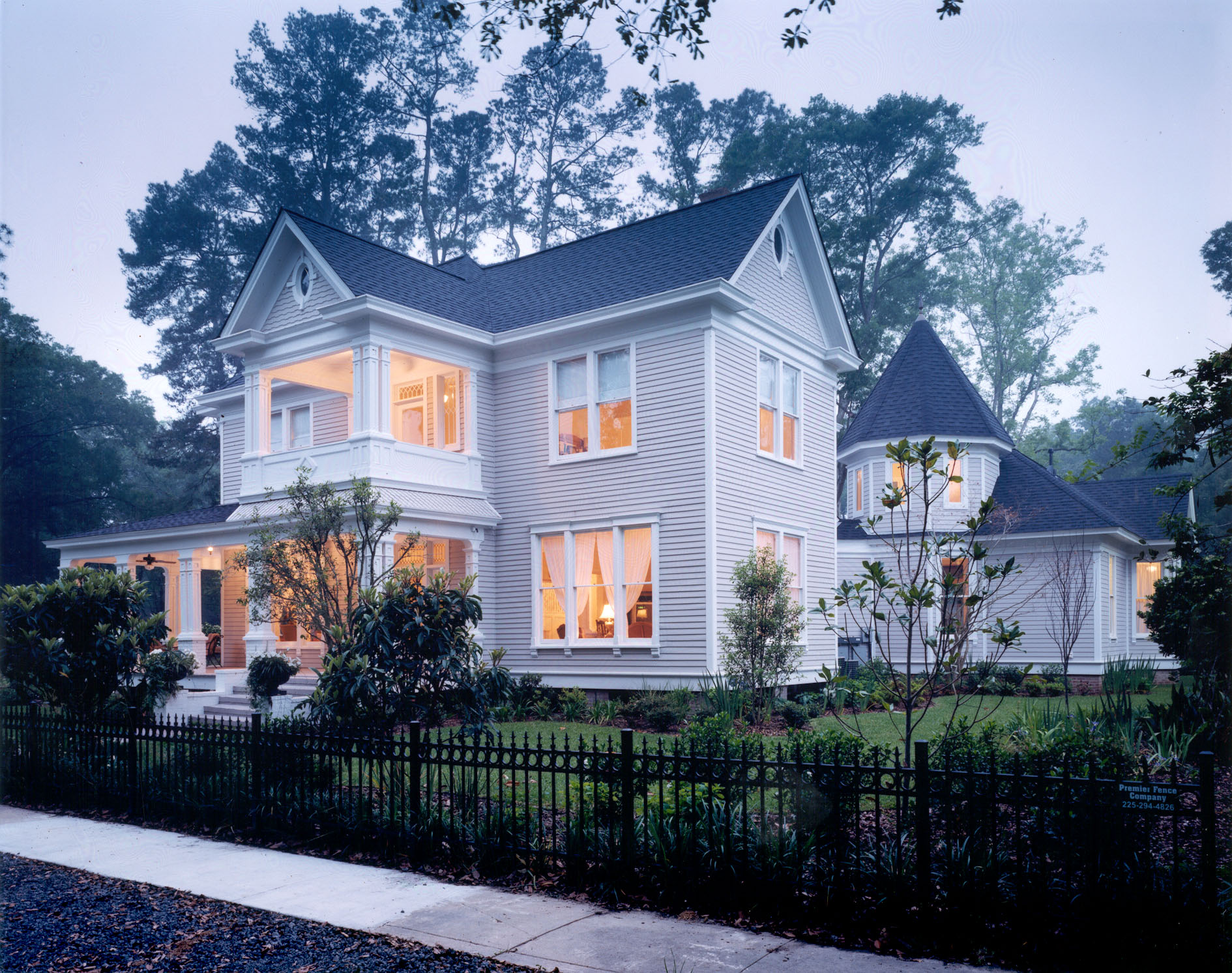 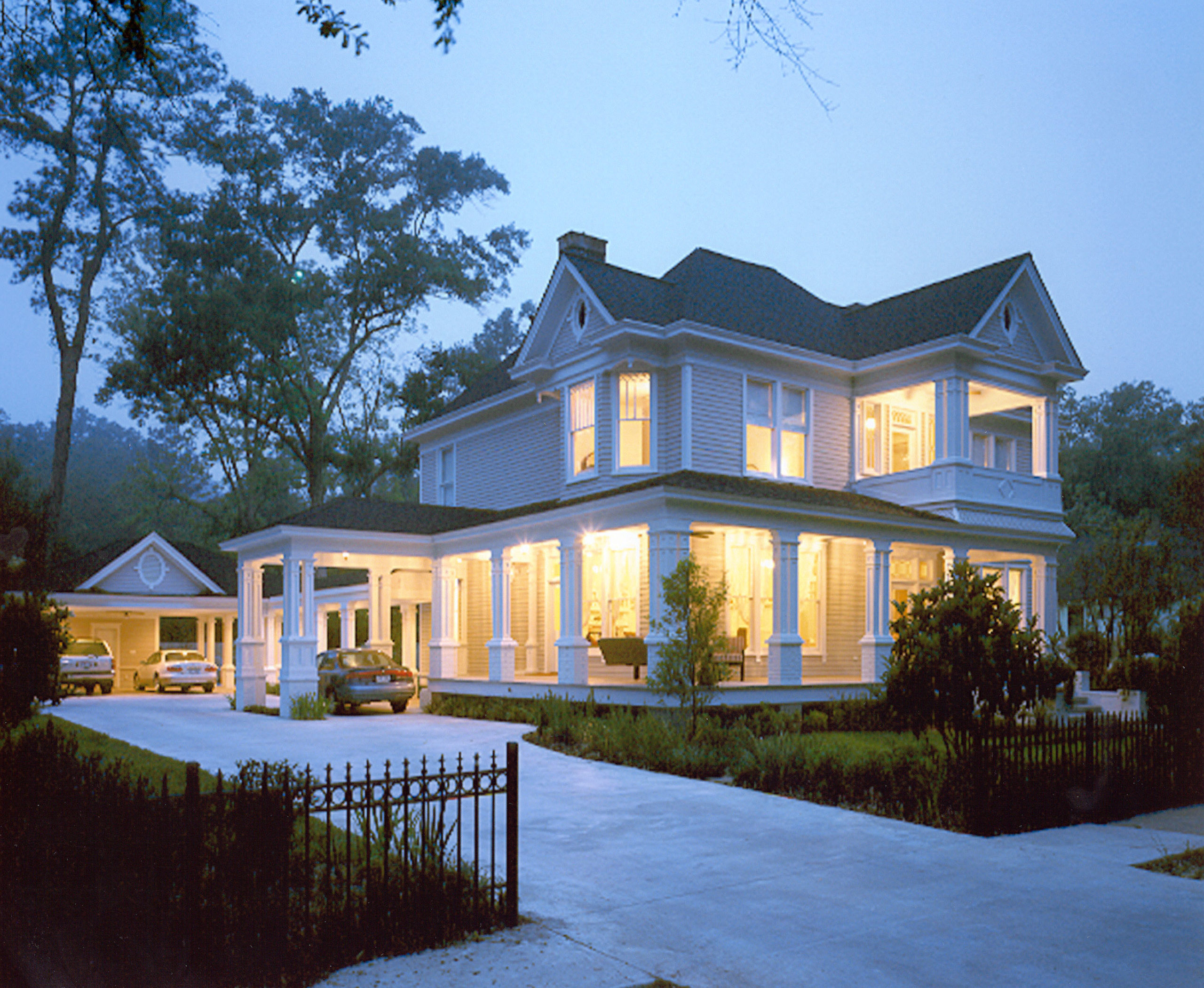 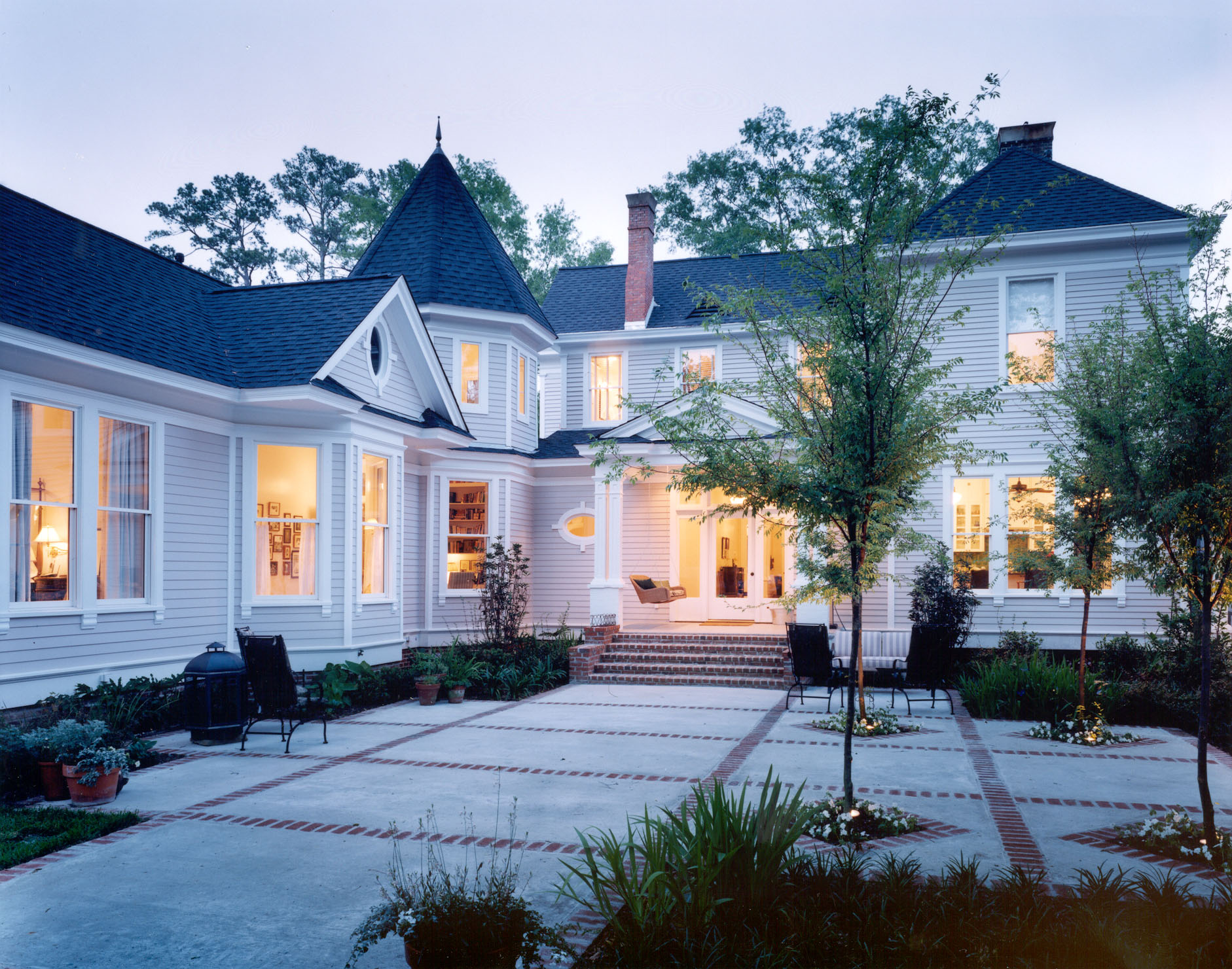 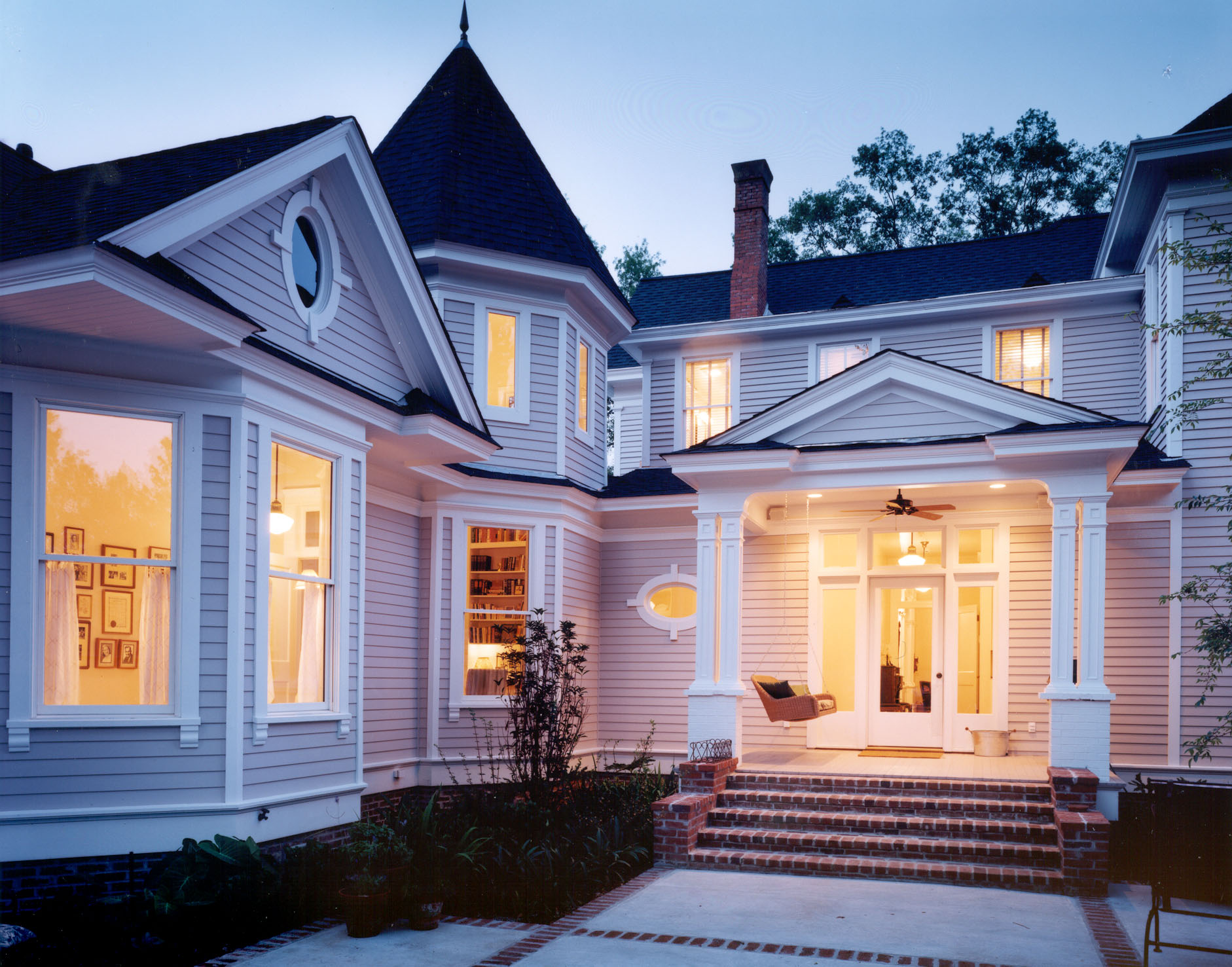 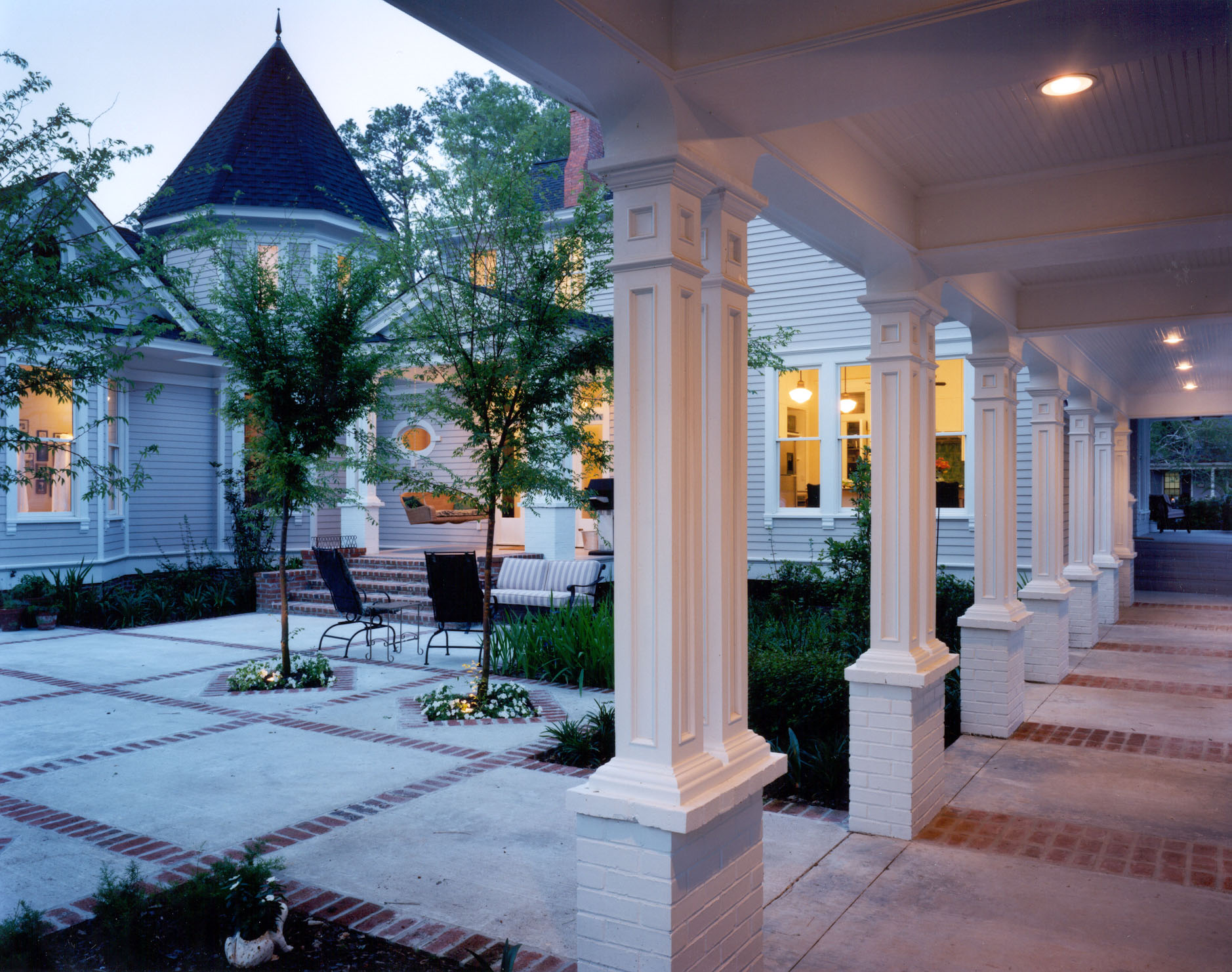 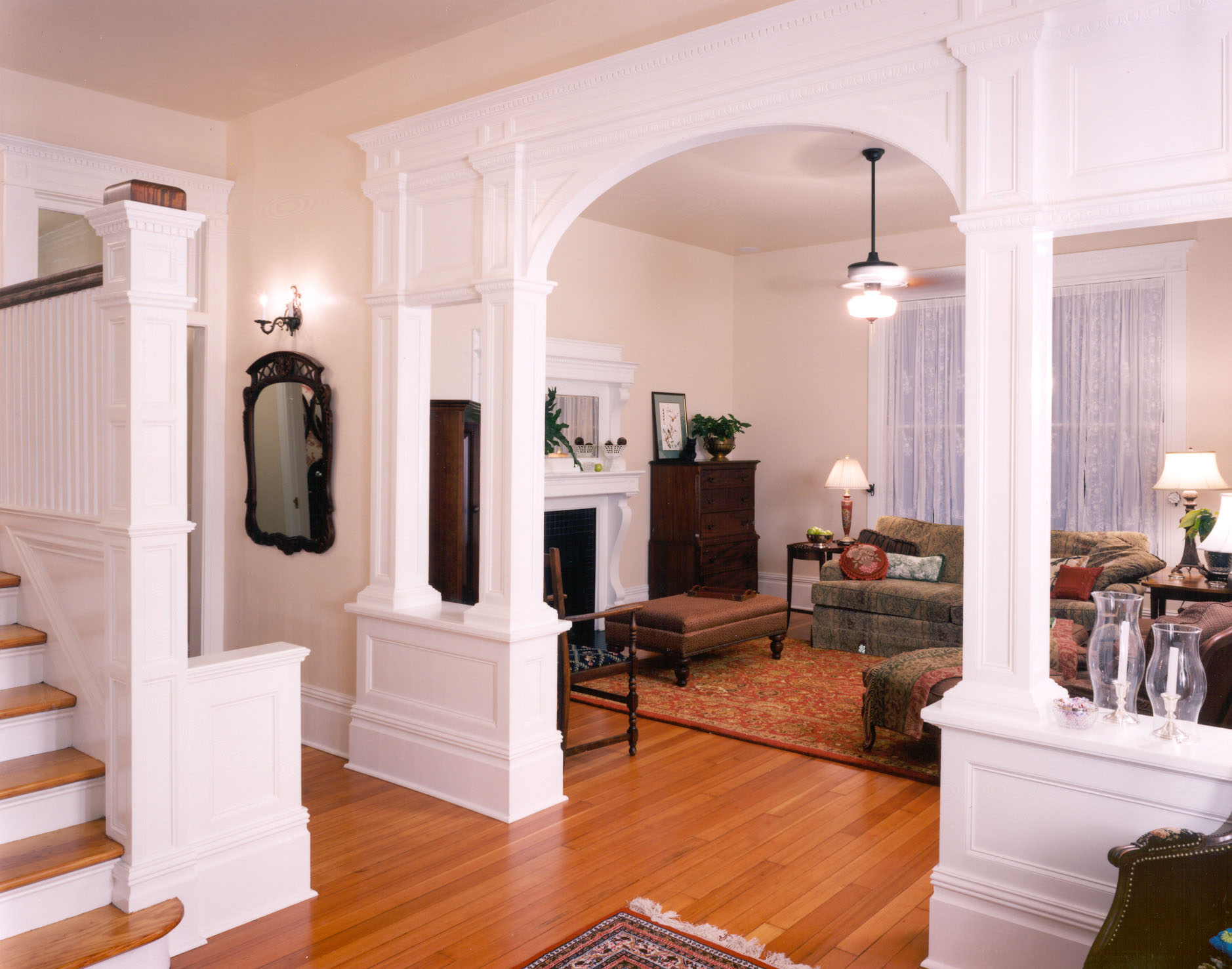 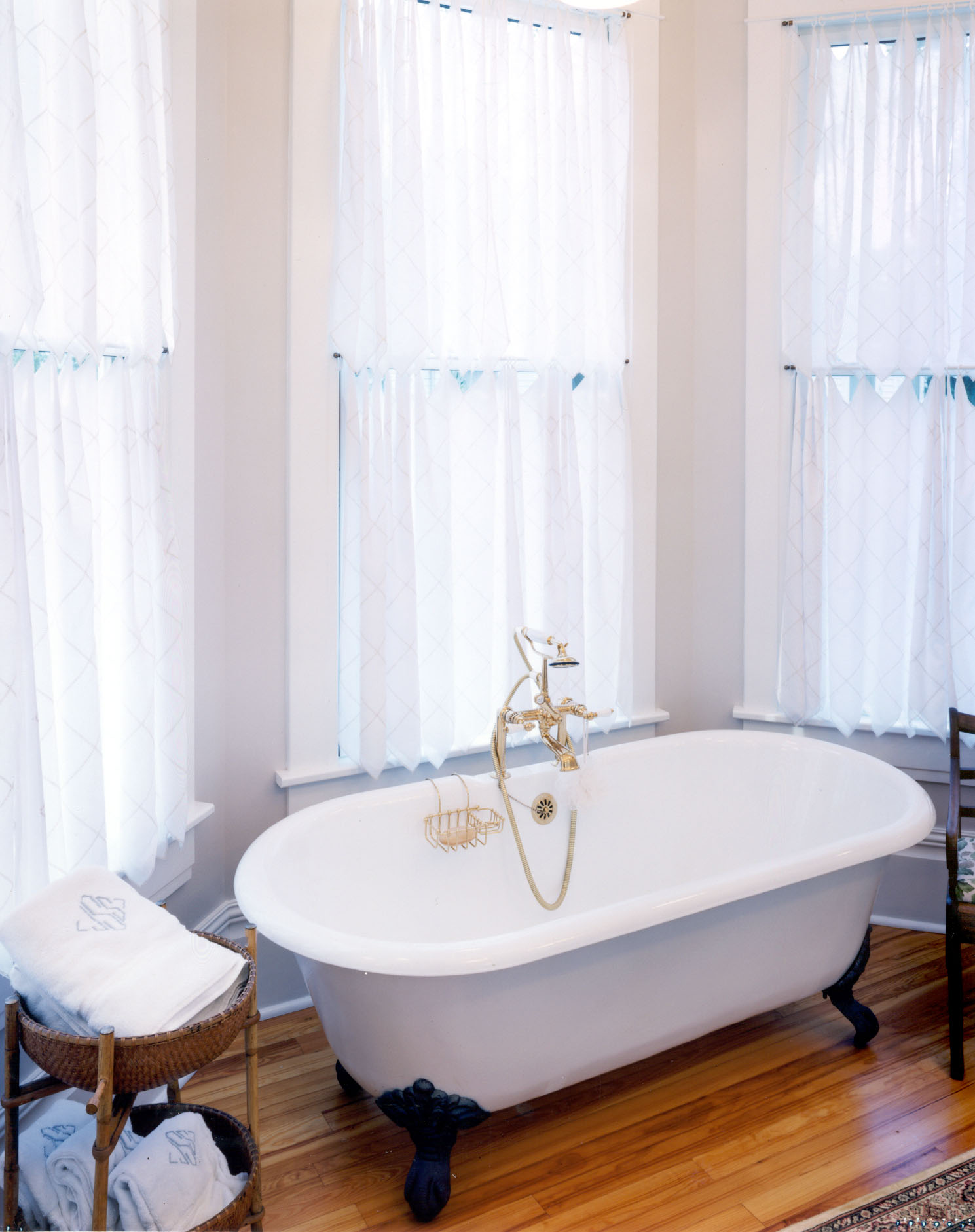 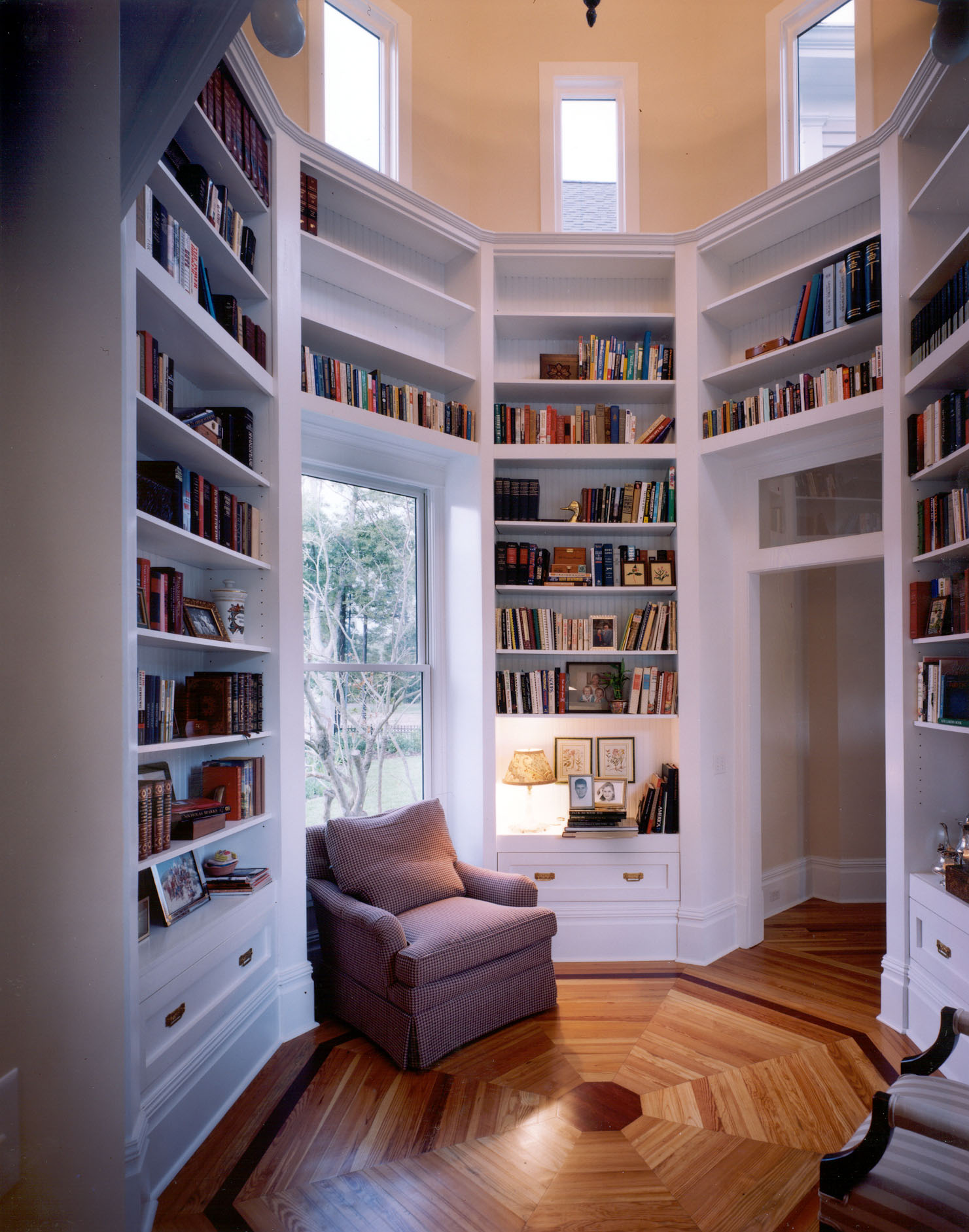 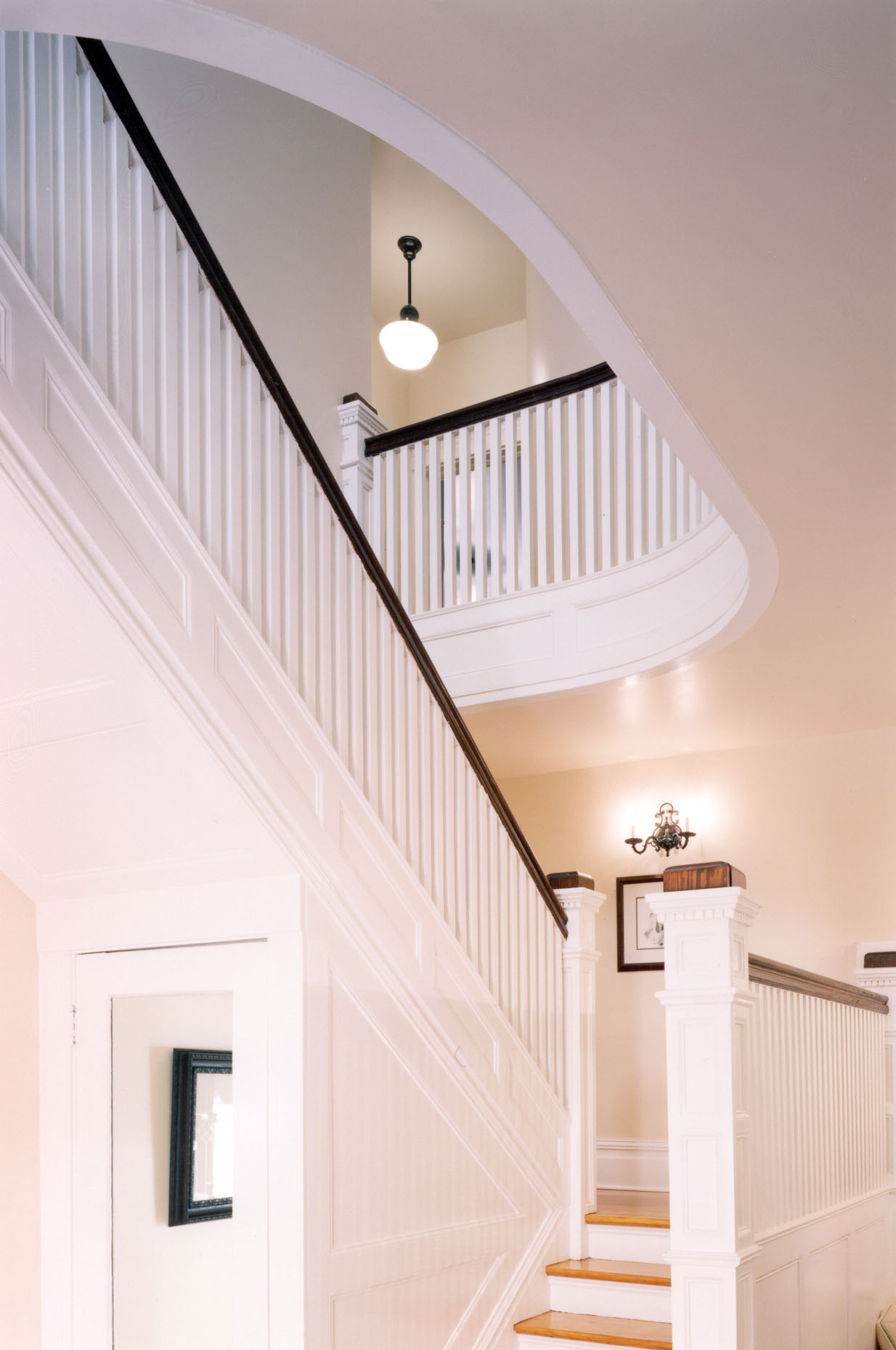 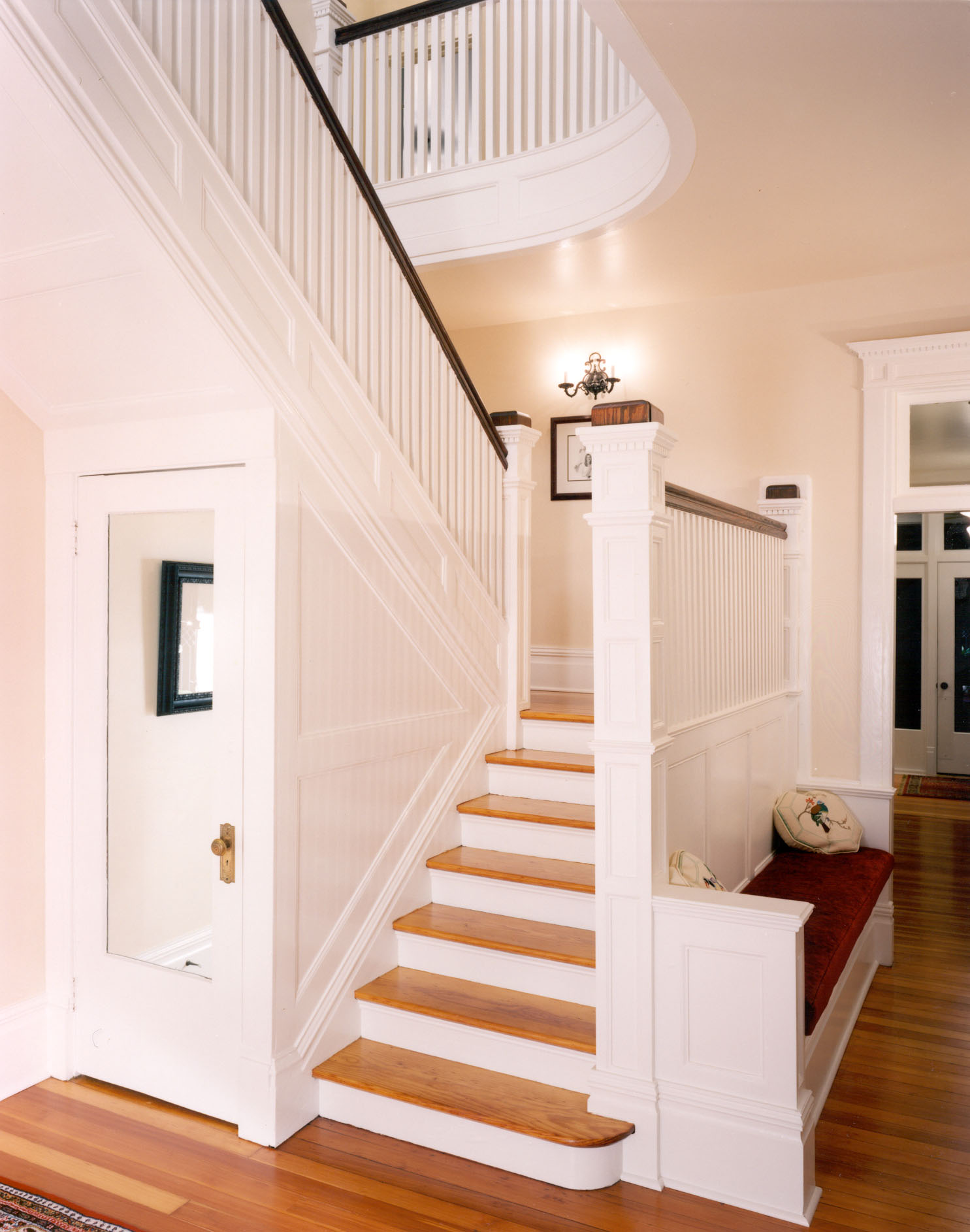 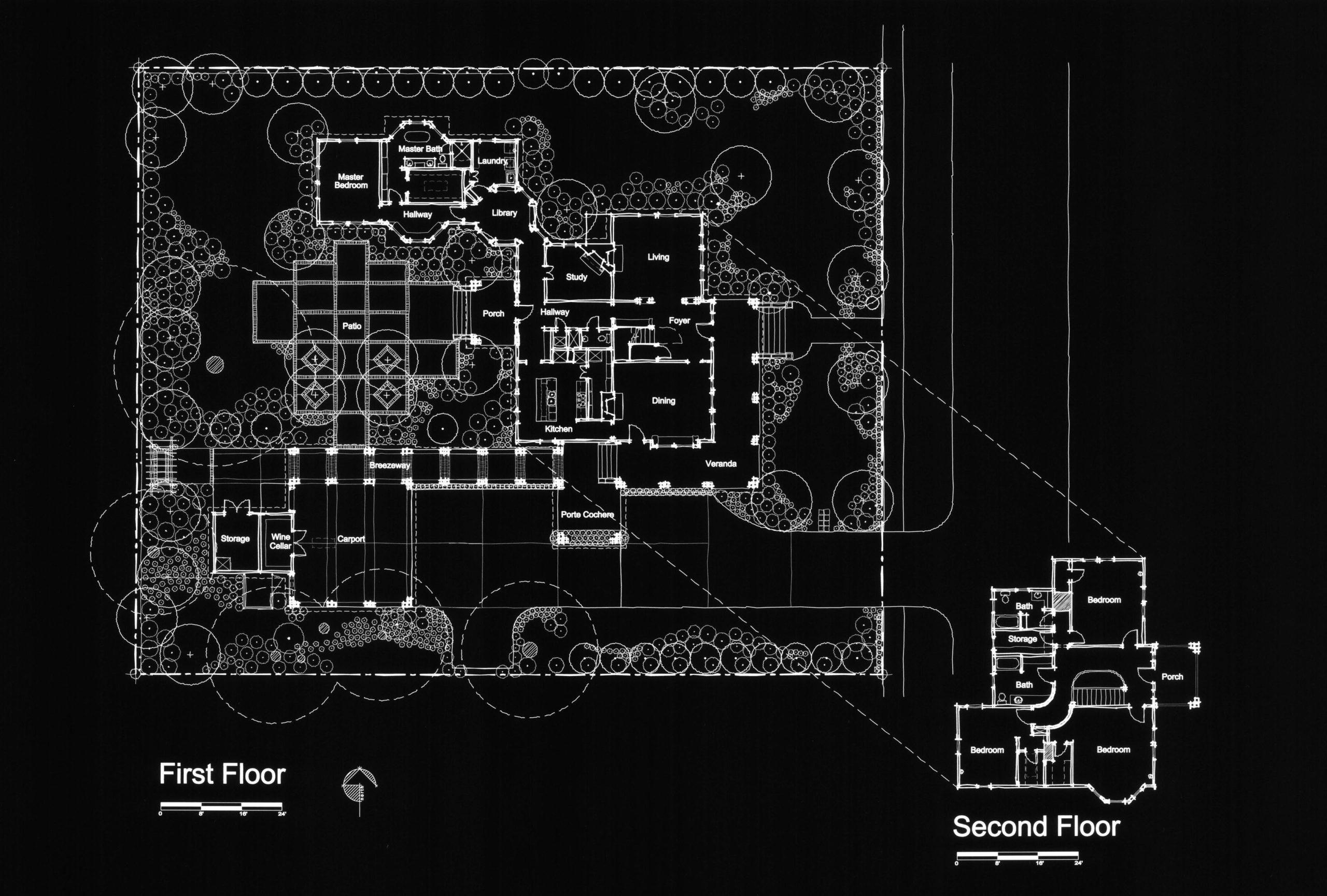 The House was originally constructed out of heart pine and cypress in 1904 by James McCarrol, the prominent lumber man in the Hammond area. Pulitzer Prize winning journalist, Hodding Carter, spent his childhood in this residence during the depression era. The house demonstrates the Queen Anne style with its wraparound gallery and ornate gables. The owners desired a complete renovation and restoration to the existing structure and a master suite one story addition. In response to the elegant Queen Anne style, the addition created a new octagon turret as the connecting element between the addition and the existing structure. The octagon, a traditional style, acts as a transition between the two story existing structure and the one story addition. The second story screen porch built over the porte cochere was removed back to the original historic roof line. The two car carport was constructed separate from the house connected by a colonnade using the same detailing as the columns on the veranda.