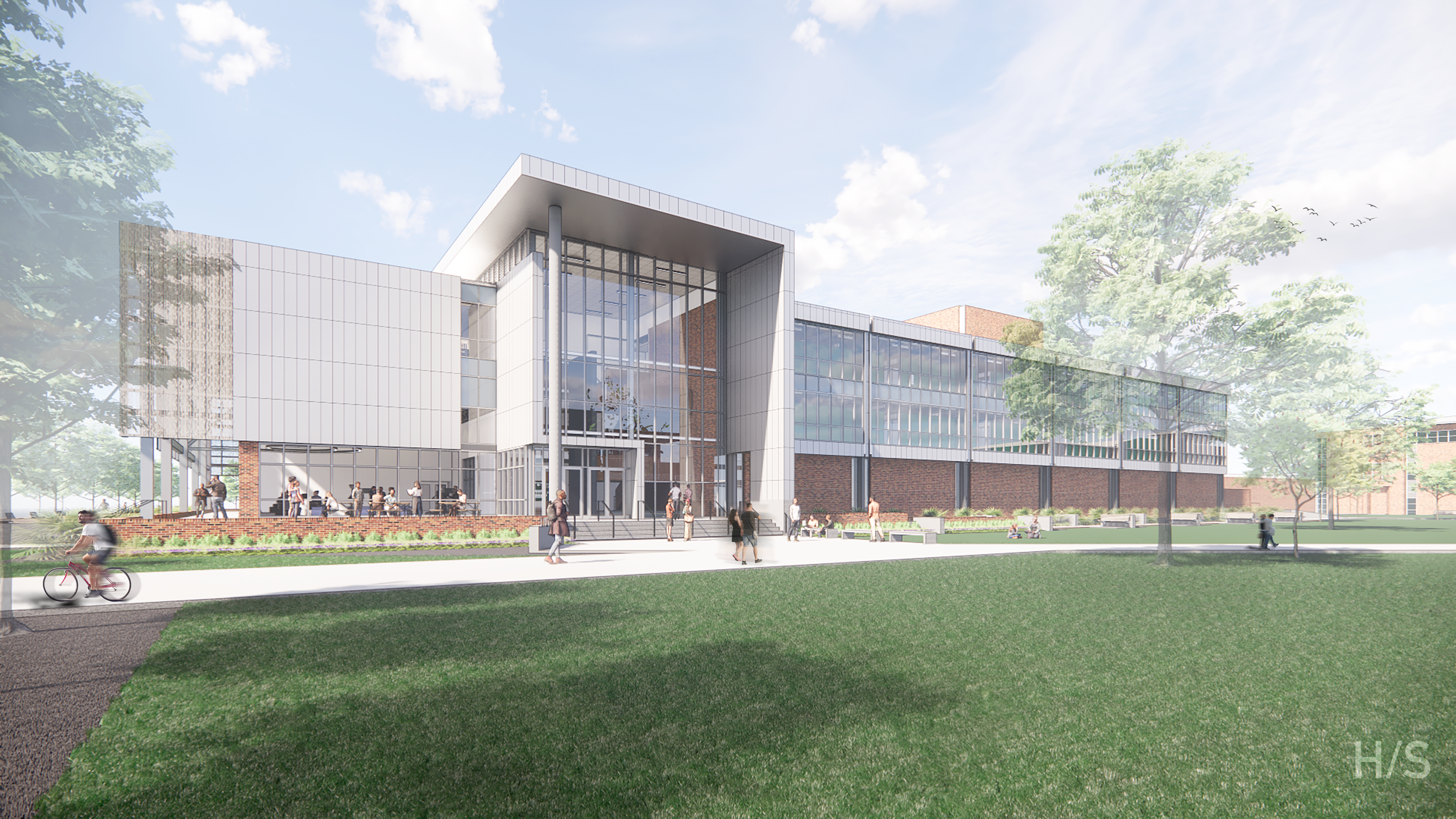 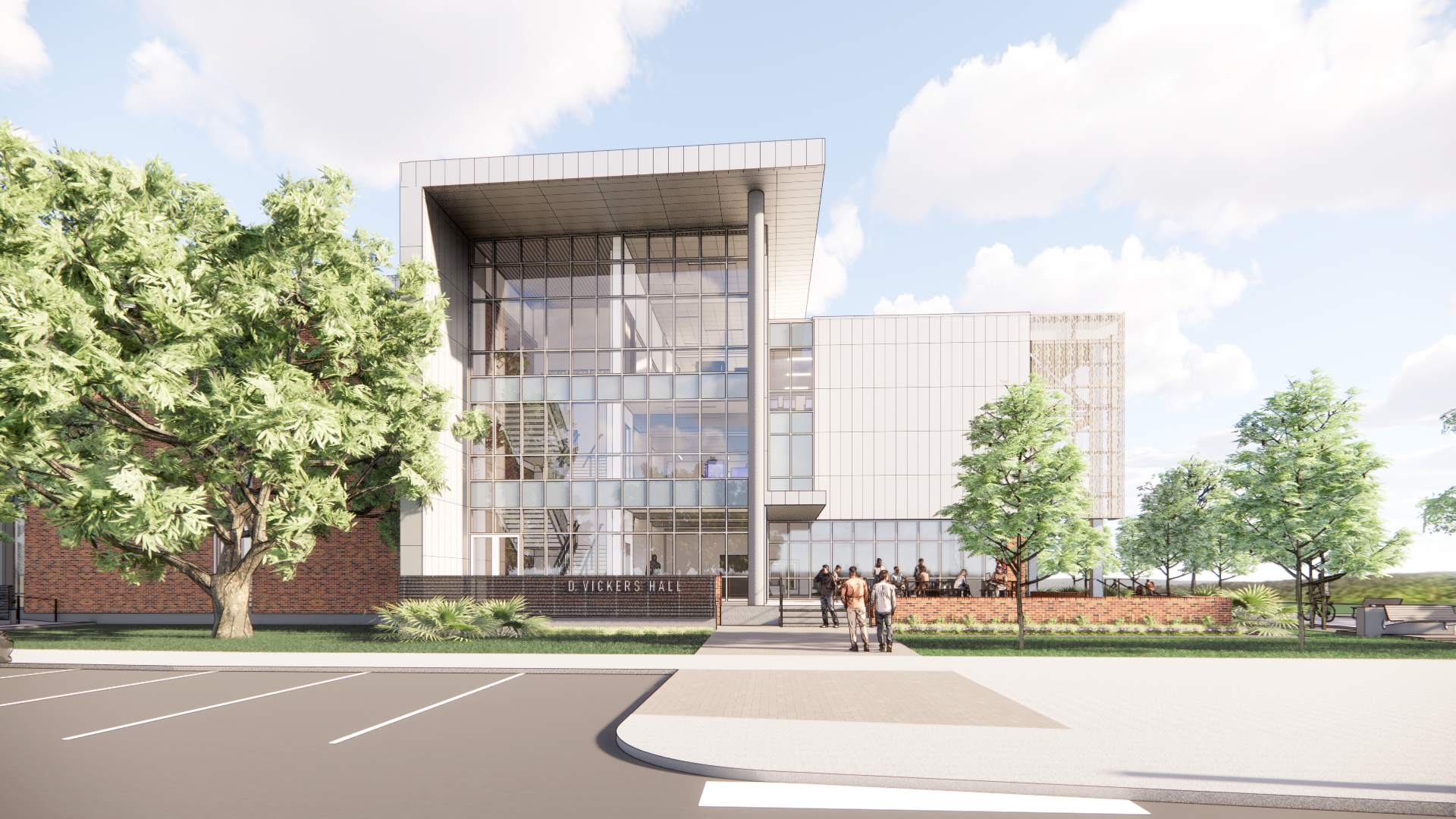 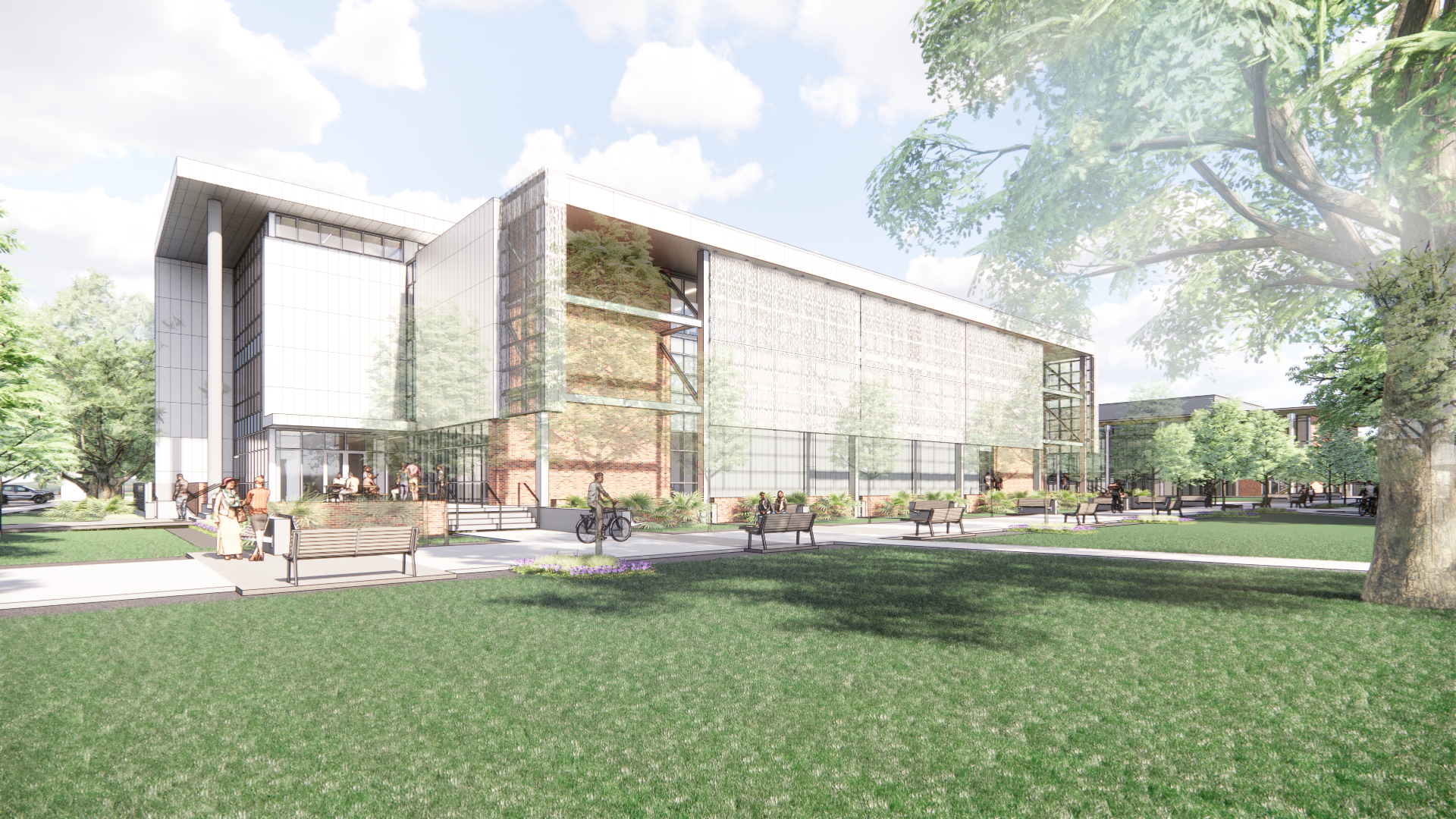 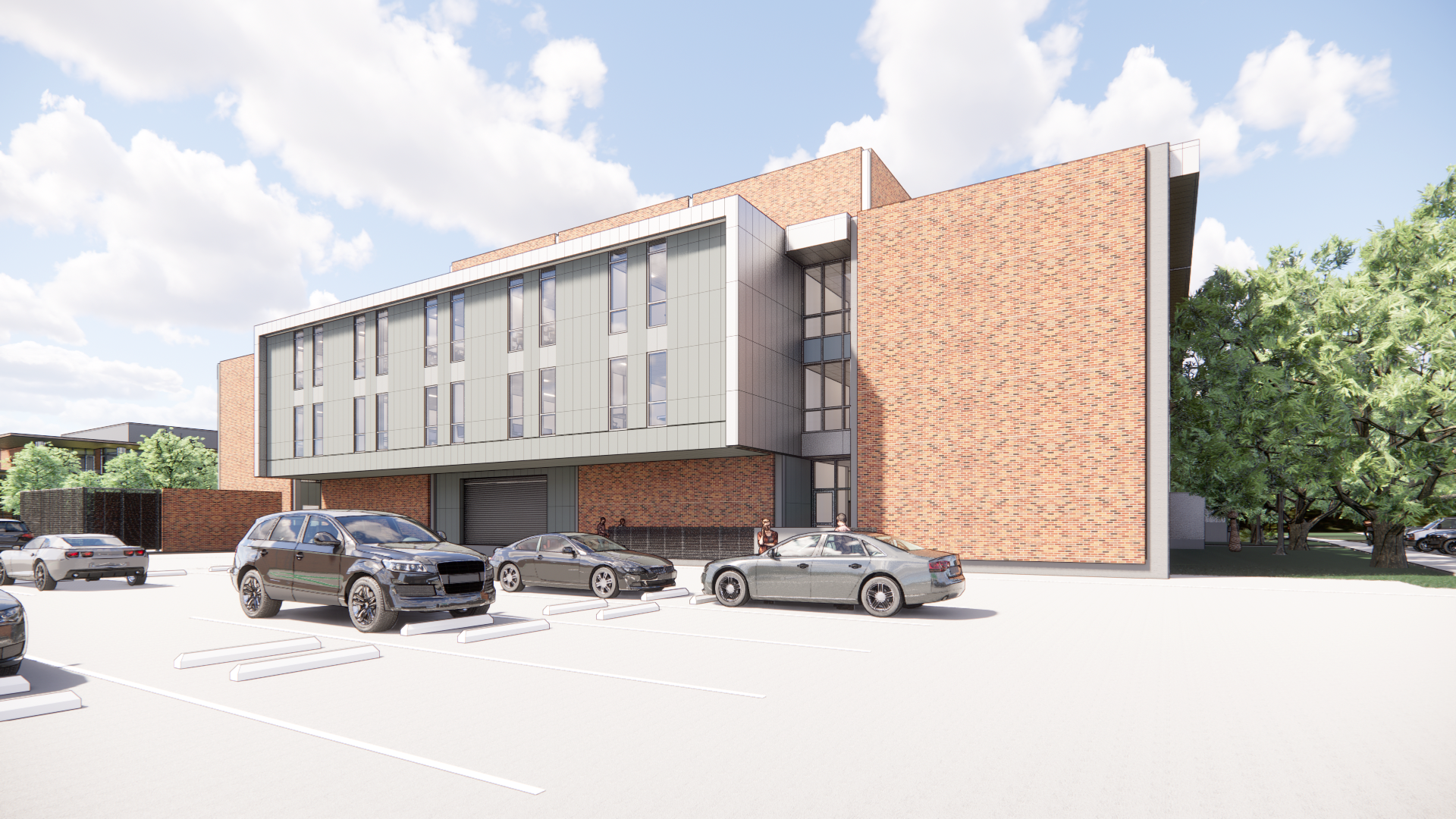 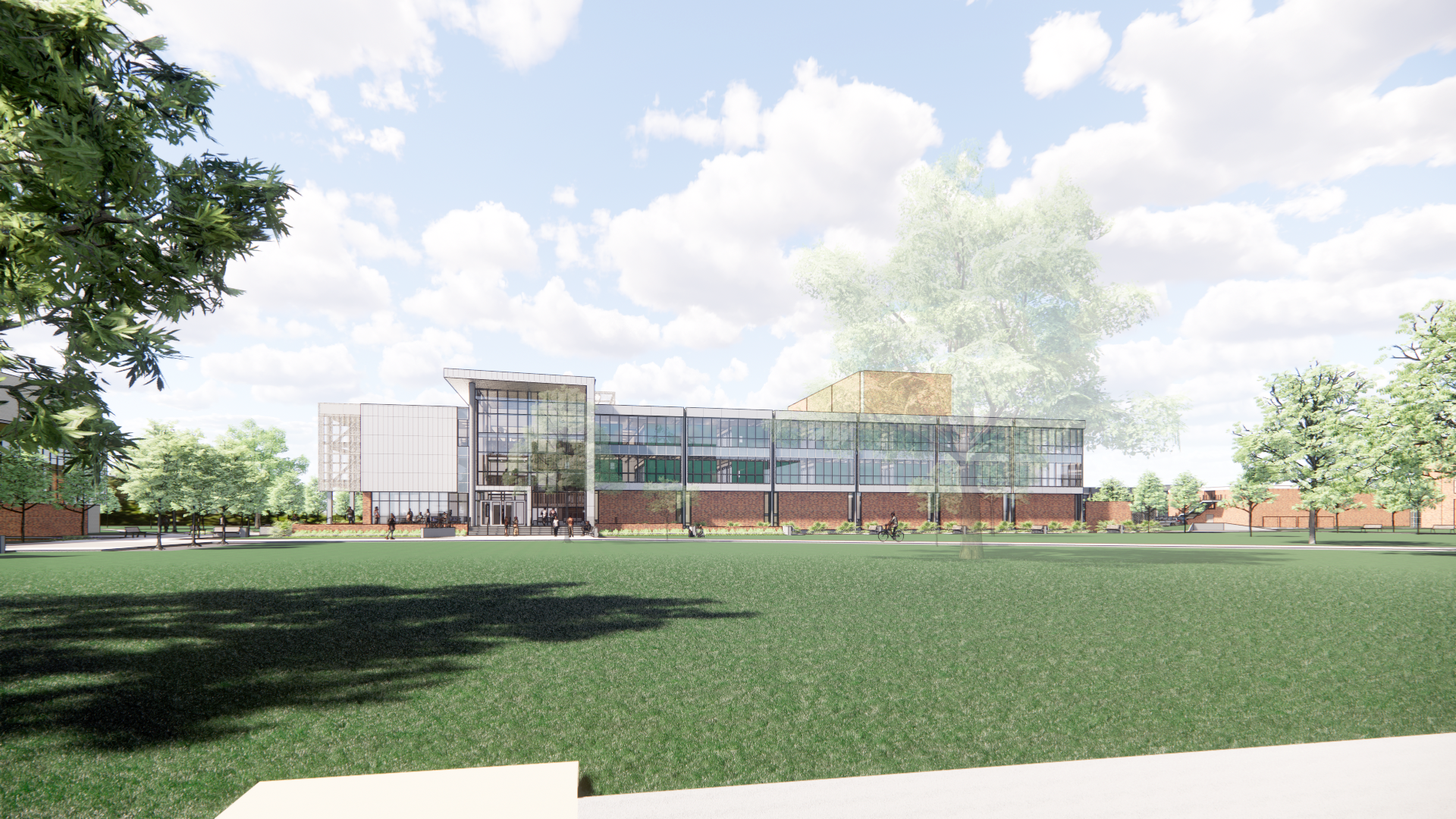 The project scope includes a complete renovation of an existing 80,000 sf academic building on the campus of Southeastern Louisiana with a new addition of 33,000 sf. The new facility will continue to serve its existing academic programs in English, Theatre, Foreign Language, and Communication. However, the Communication & Media Studies department will benefit most with a major expansion of the curriculum for a cutting-edge Broadcast/Media facility. The addition will feature film and tv studios, radio studios, foley and film audio studios, and their associated control, support, and edit rooms. The third floor of the addition will contain additional shared classroom spaces for all 4 departments within the building. The renovation will also include a new reconfiguration of faculty office space to increase access to natural light and offer more opportunities for student/faculty collaboration.

The exterior design strives to completely transform the image of D. Vickers Hall and its relationship to the adjacent campus quadrangle. Two new lobby spaces on the north and south ends of the addition take cues from the recent addition to the Student Union, while the remainder of the addition is purposely identifiable as the Broadcast/Media Center while maintaining its formal contribution to the total design. A prefinished perforated metal scrim is deployed on the western exposure to shield the interior spaces from the harsh afternoon sun. It also contains building information supergraphics announcing the Broadcast/Media’s facilities contributing donor. The southern façade, which faces the quadrangle, is opened up with an expansive curtain wall system to provide natural light views for the faculty offices and collaboration spaces within and a canopy at ground level for pedestrian circulation.