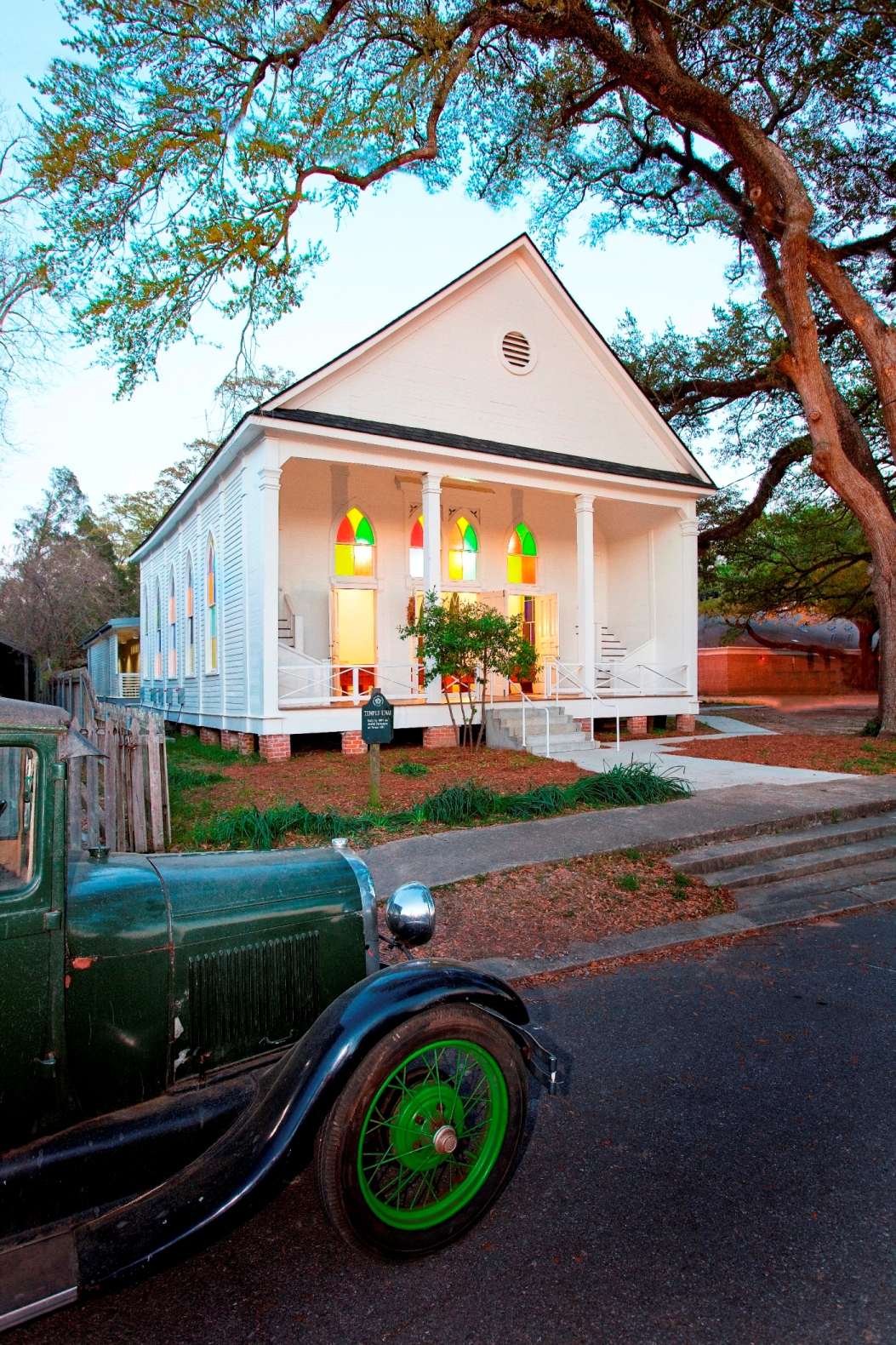 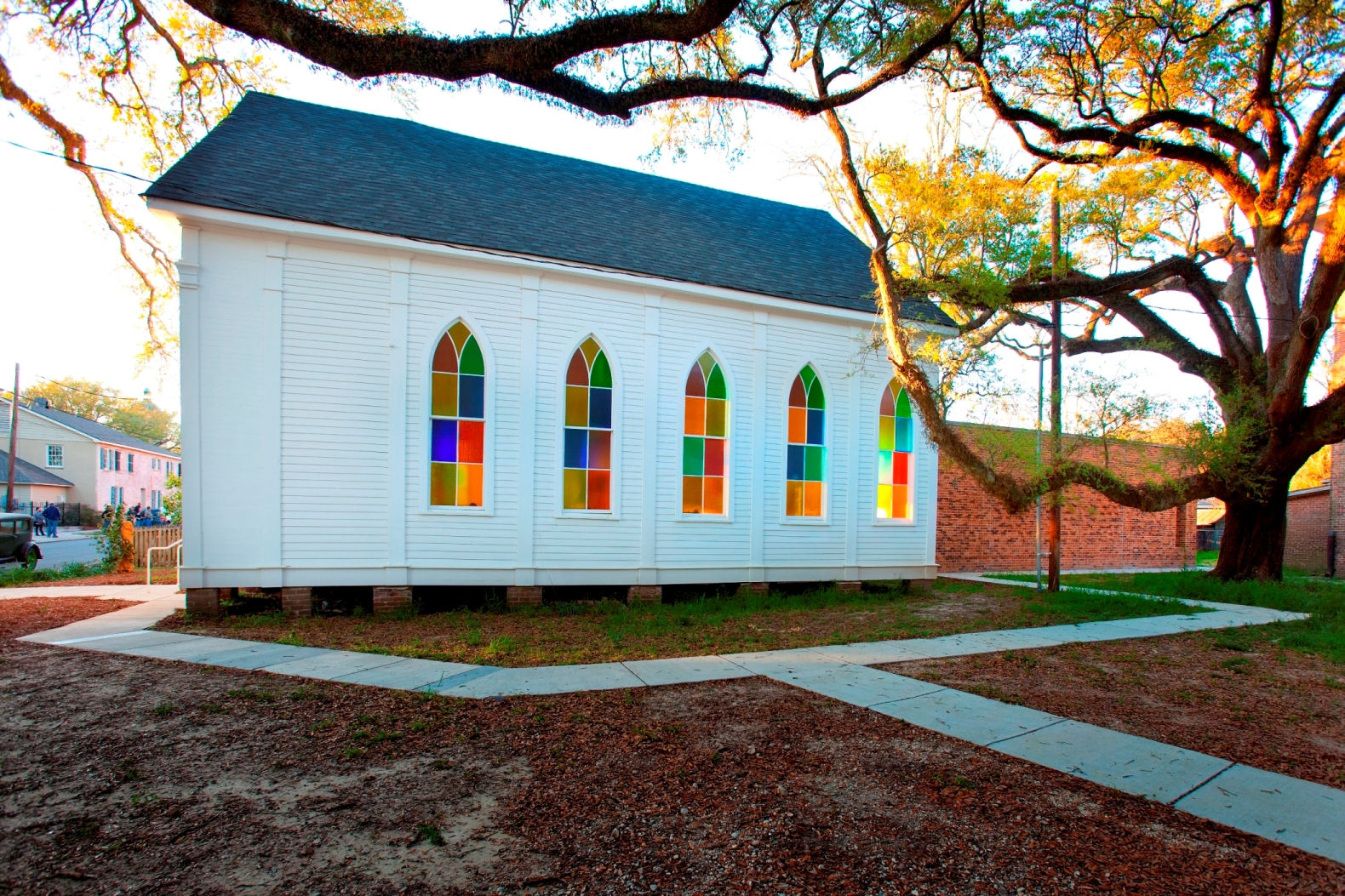 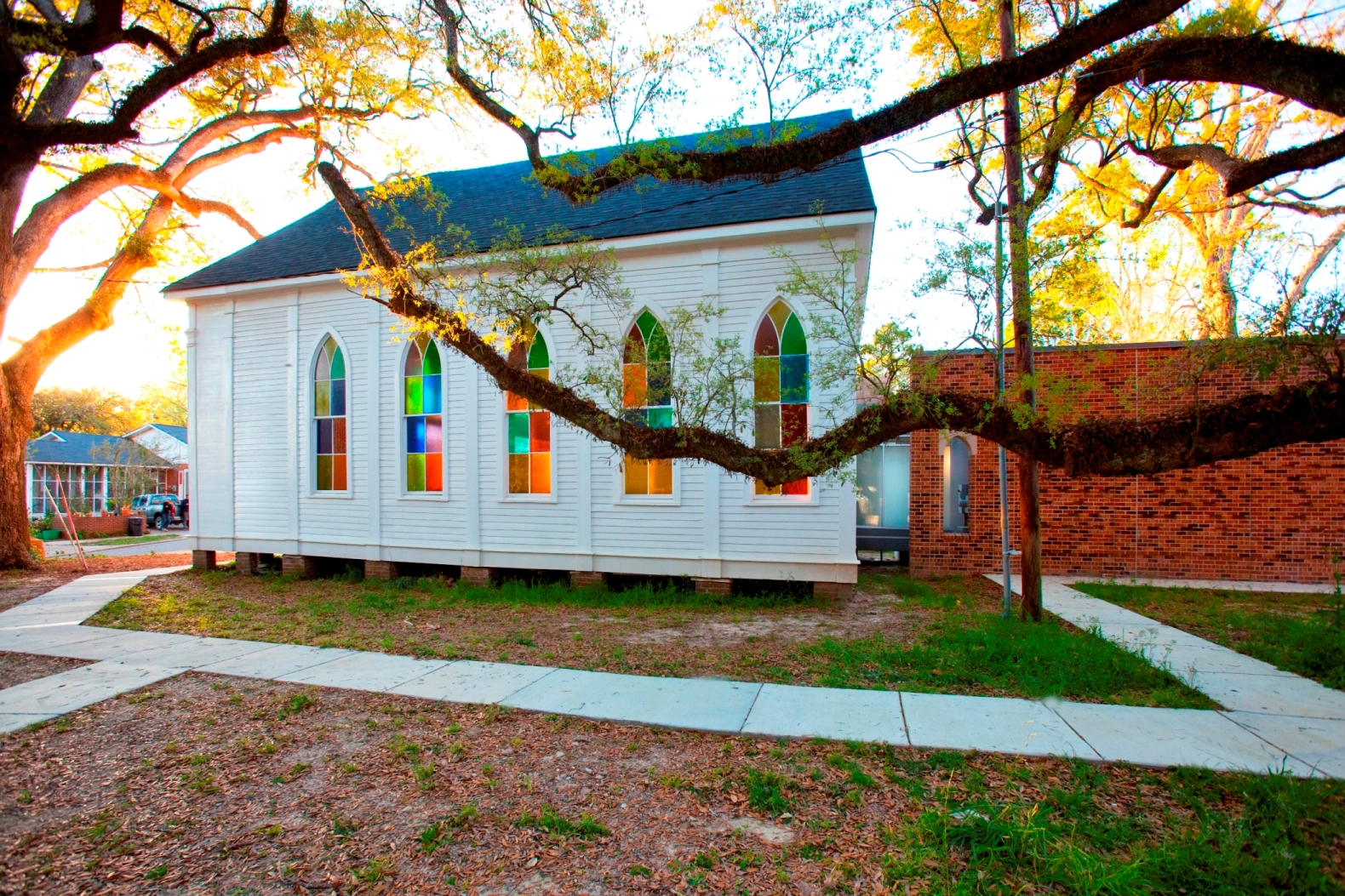 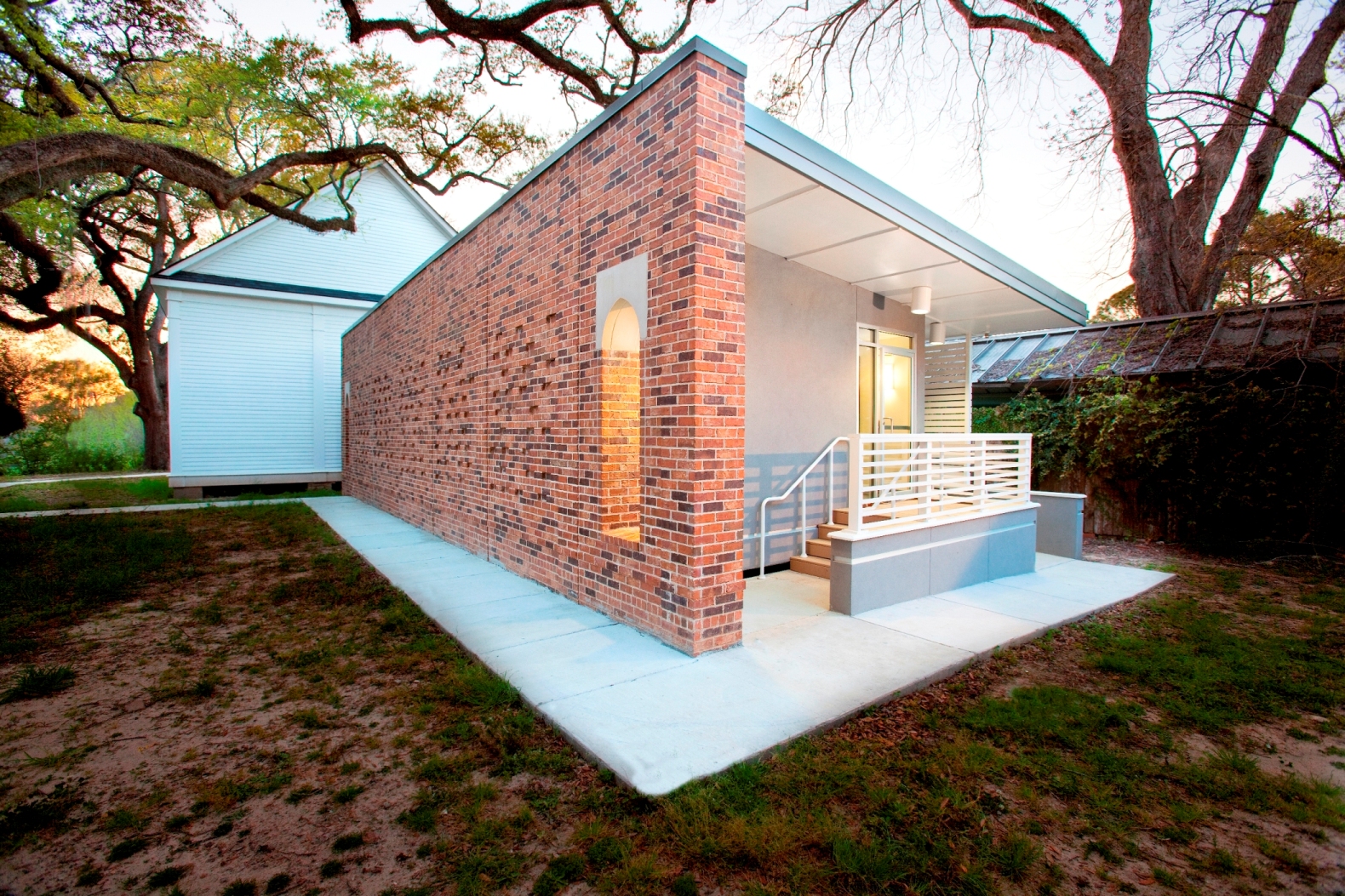 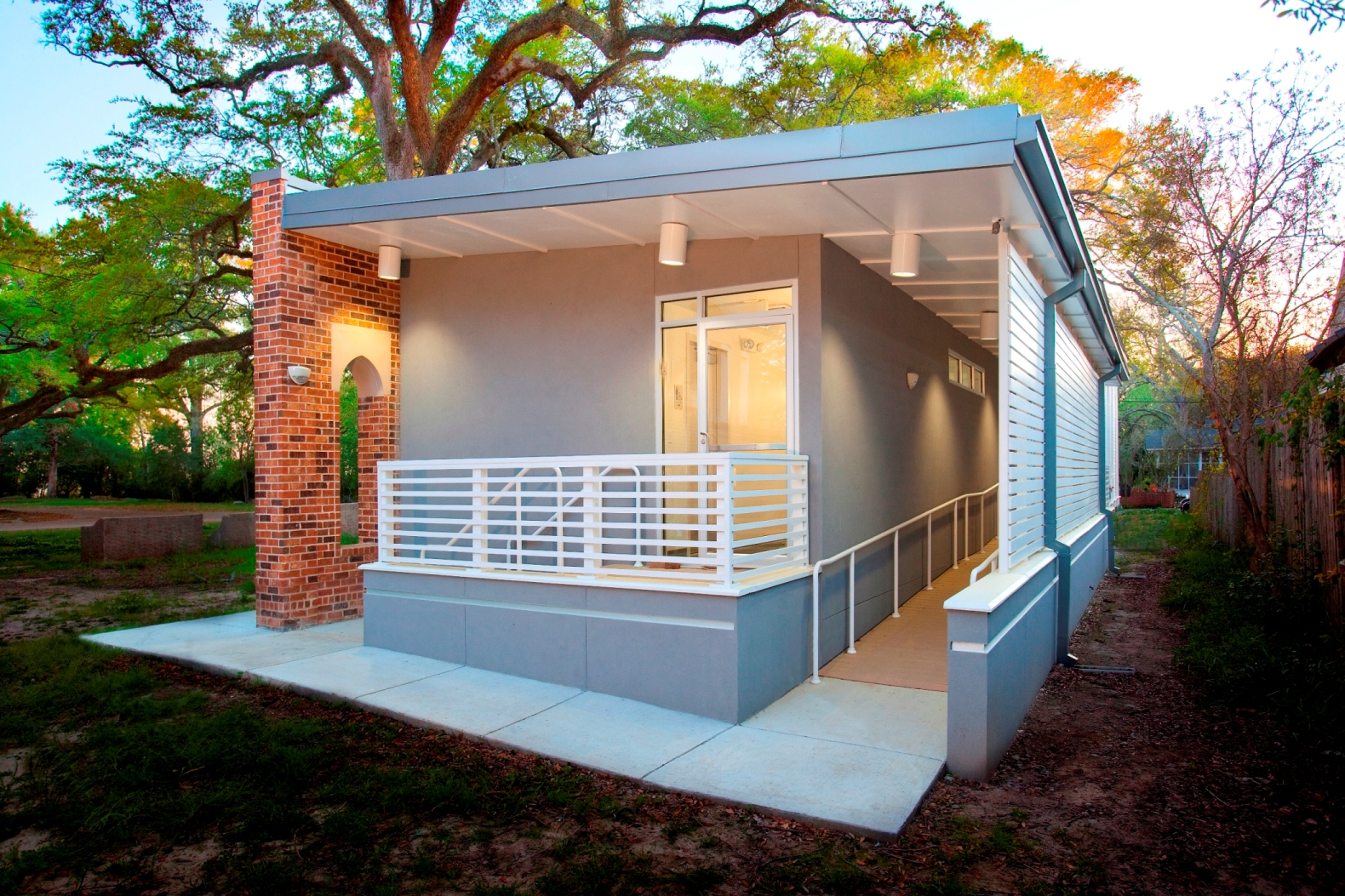 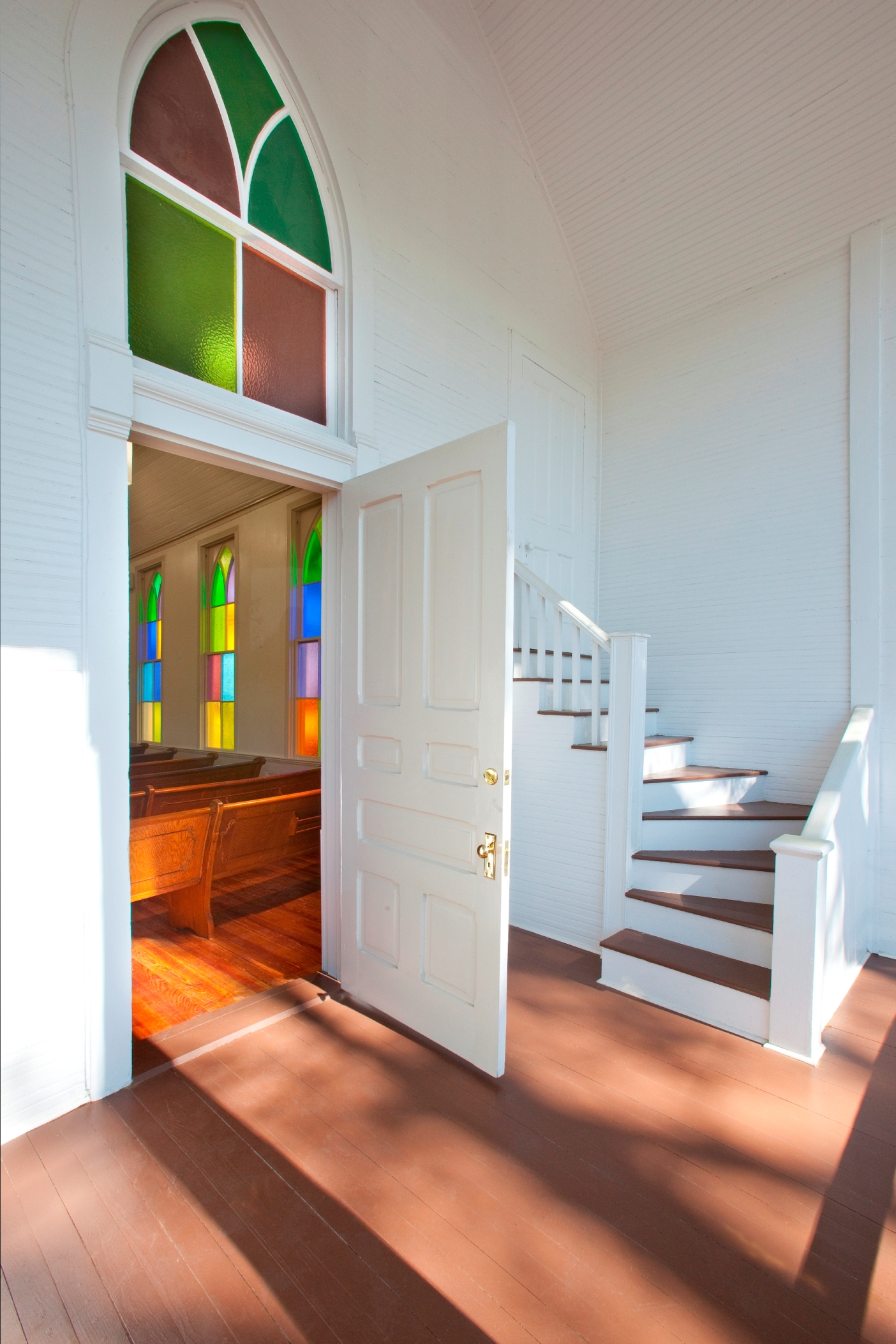 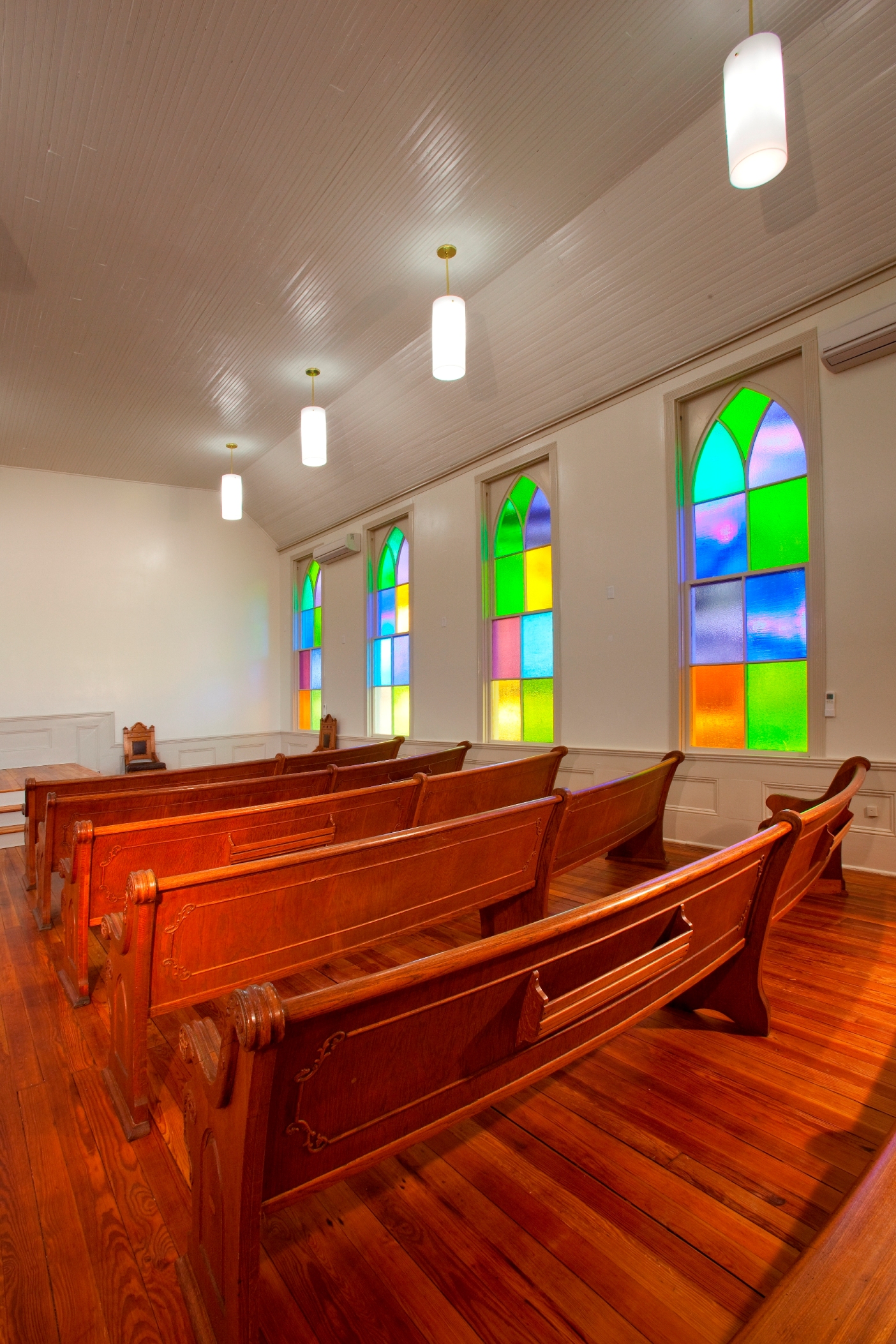 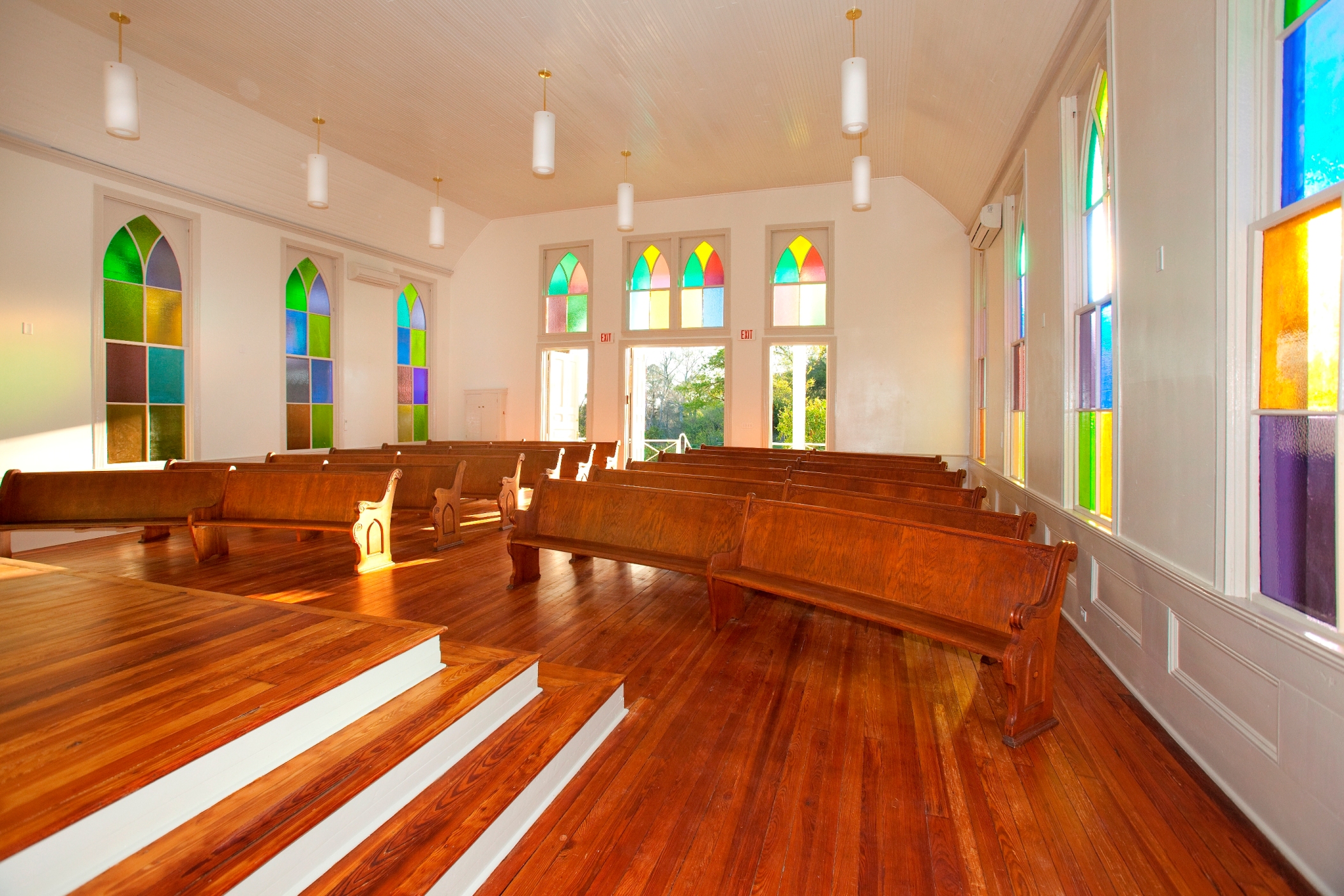 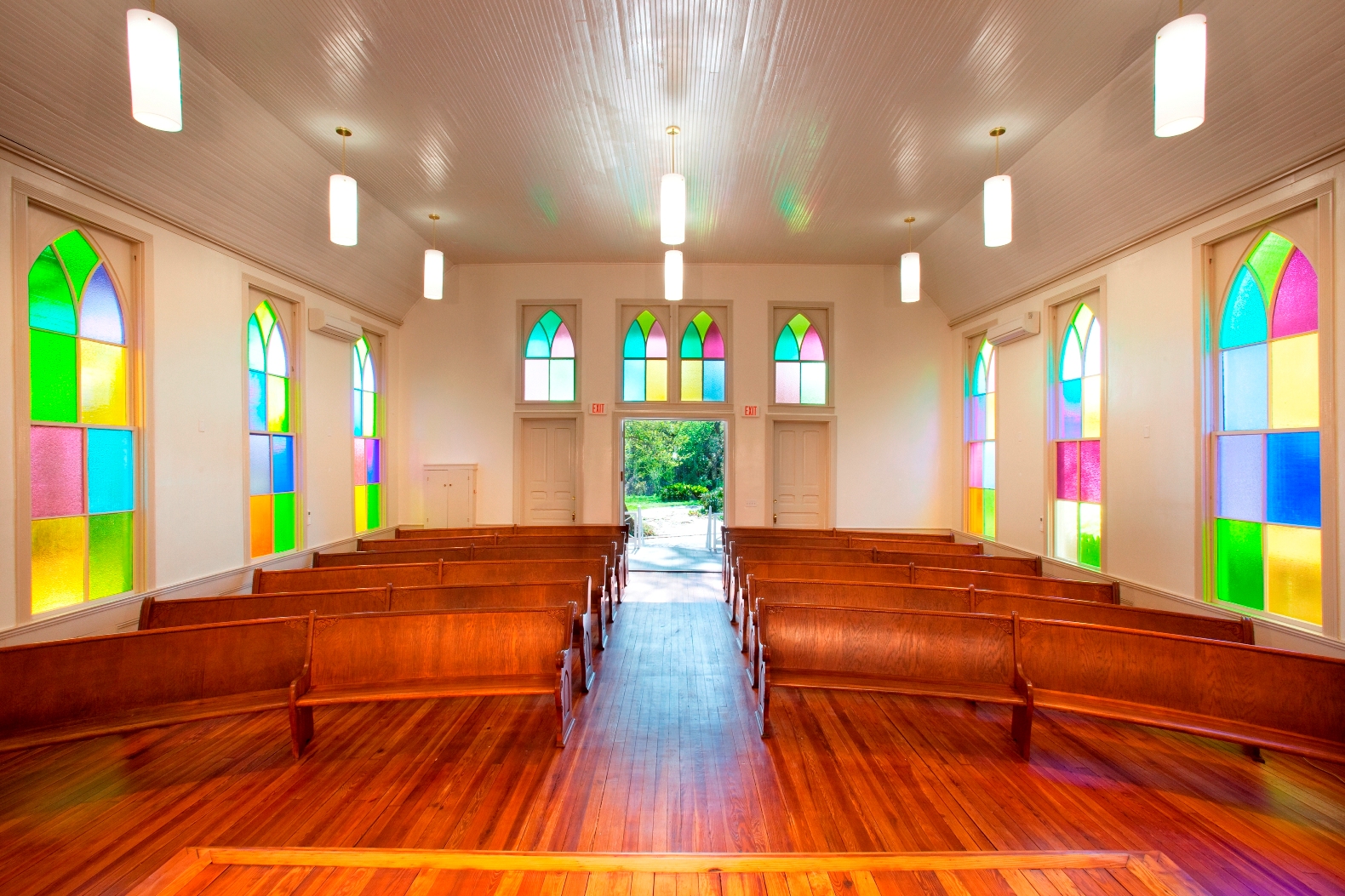 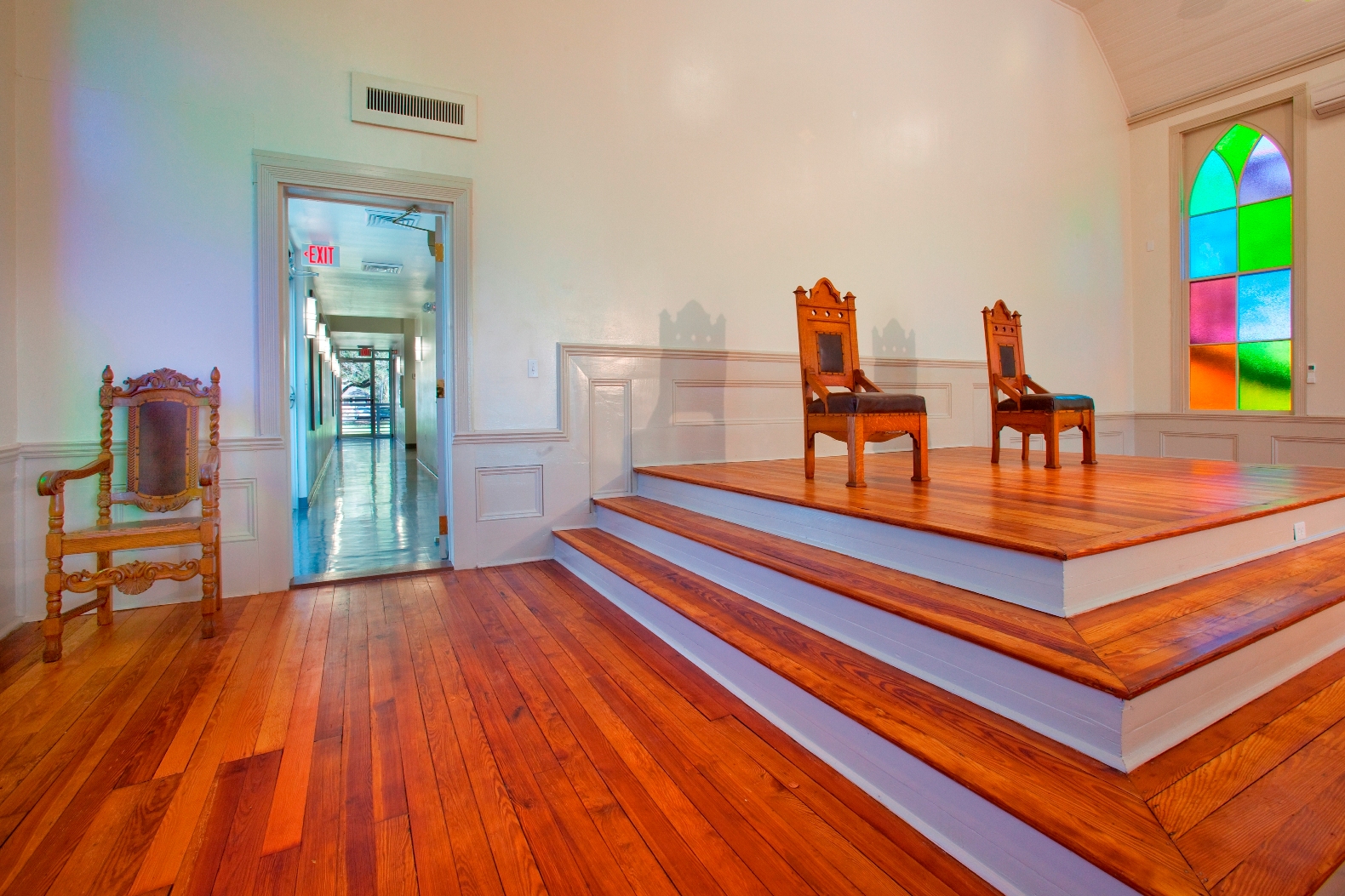 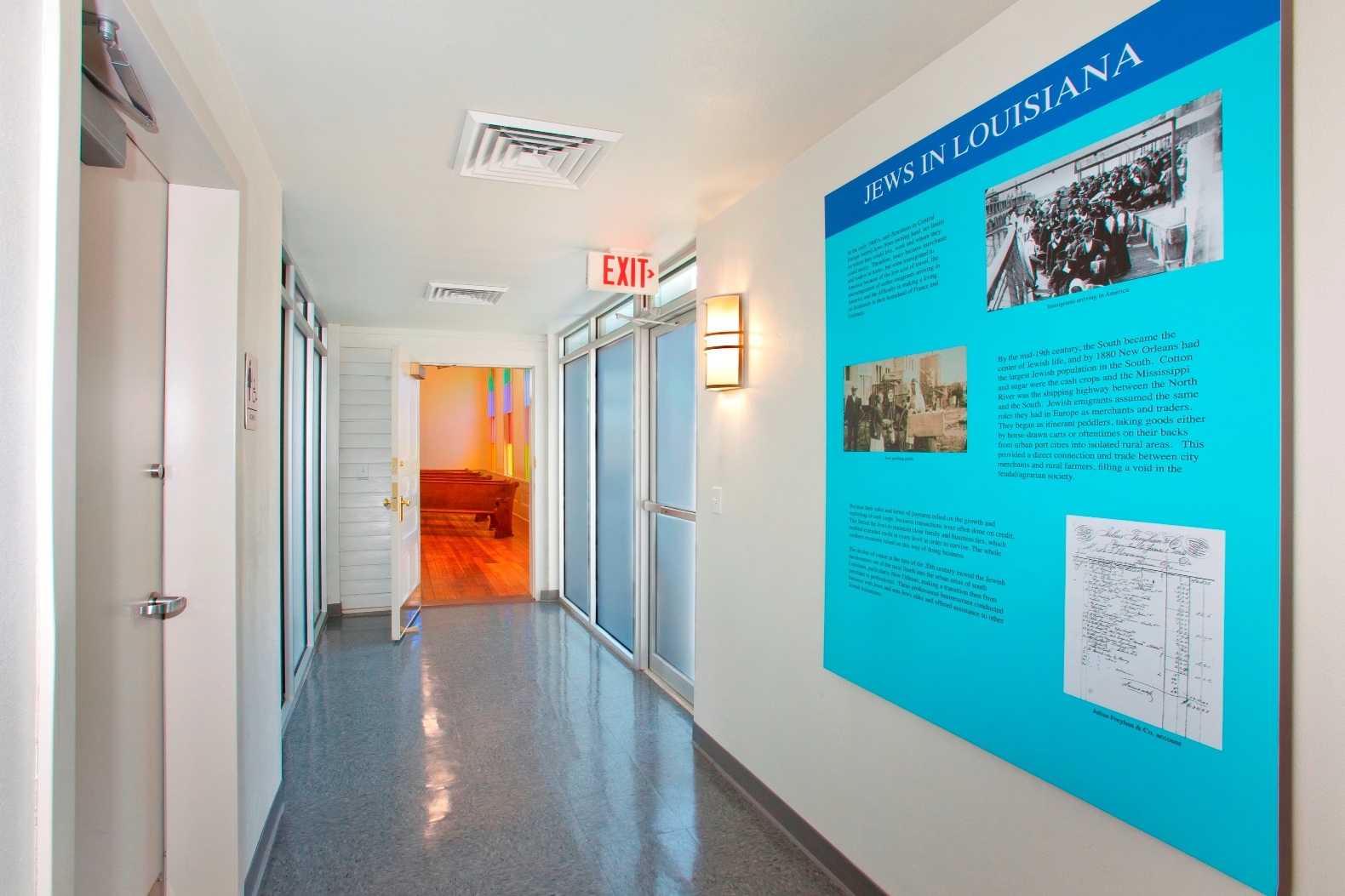 The rehabilitation of historic Temple Sinai, which was built in 1903, is slated to be the first undertaking in the Julius Freyhan Foundation’s vision to create a new cultural center that will be used as a community center and museum which showcases the contributions of the early Jewish population of St. Francisville. The scope of this endeavor, which was funded by donations and a grant from the National Park Service, includes the complete exterior and interior rehabilitation of the existing synagogue, the demolition of a circa-1950’s addition at the rear of the synagogue, and the construction of a new service building which provides the synagogue with public restrooms and support spaces while not affecting the spatial integrity of the synagogue interior.Temple Sinai was restored to reflect its original form and materials. The new service building’s design was developed to allow it to blend into the site and allow the adjacent historic structures to take center-stage whilst still retaining a unique contemporary character of its own.