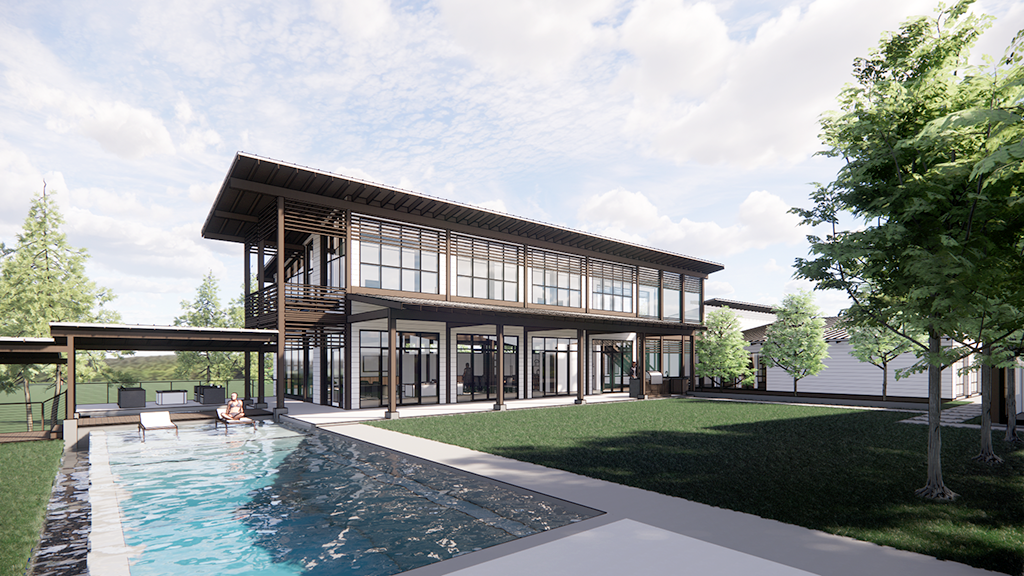 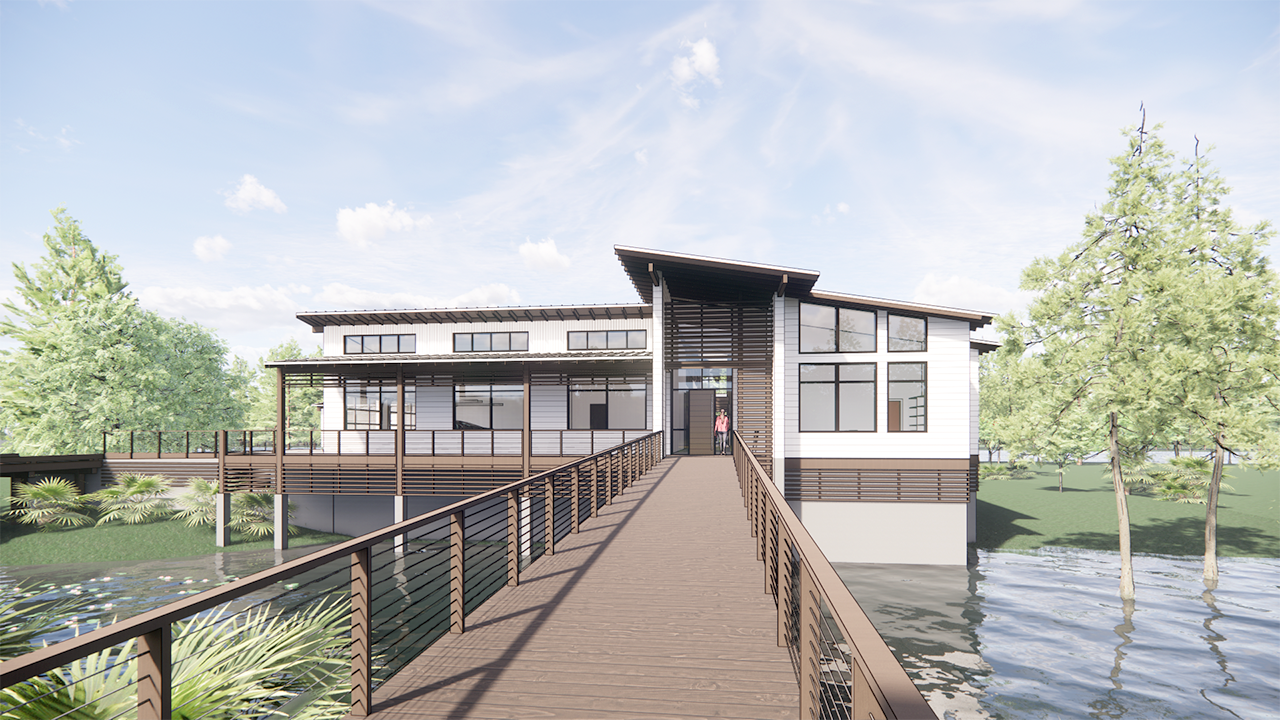 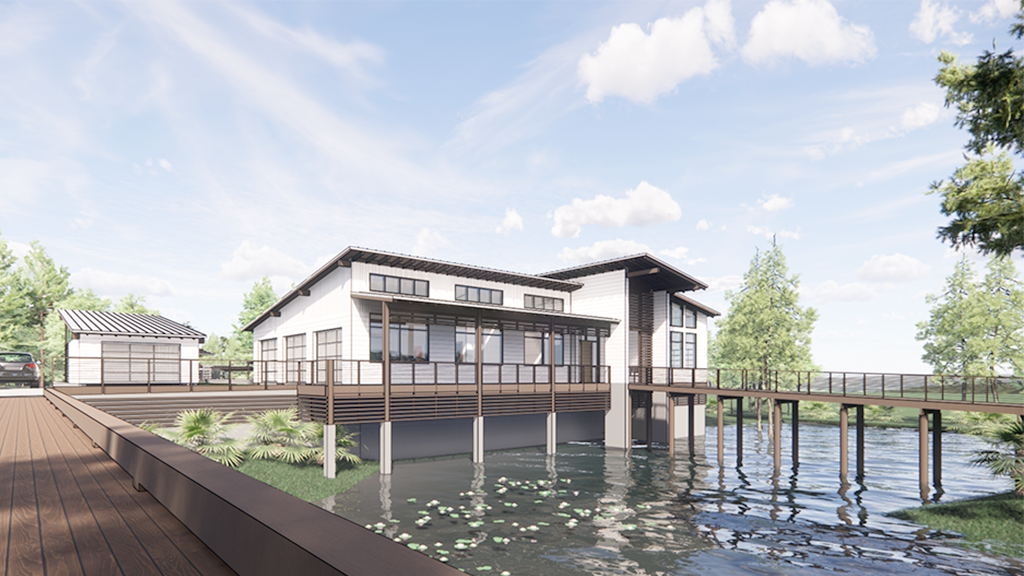 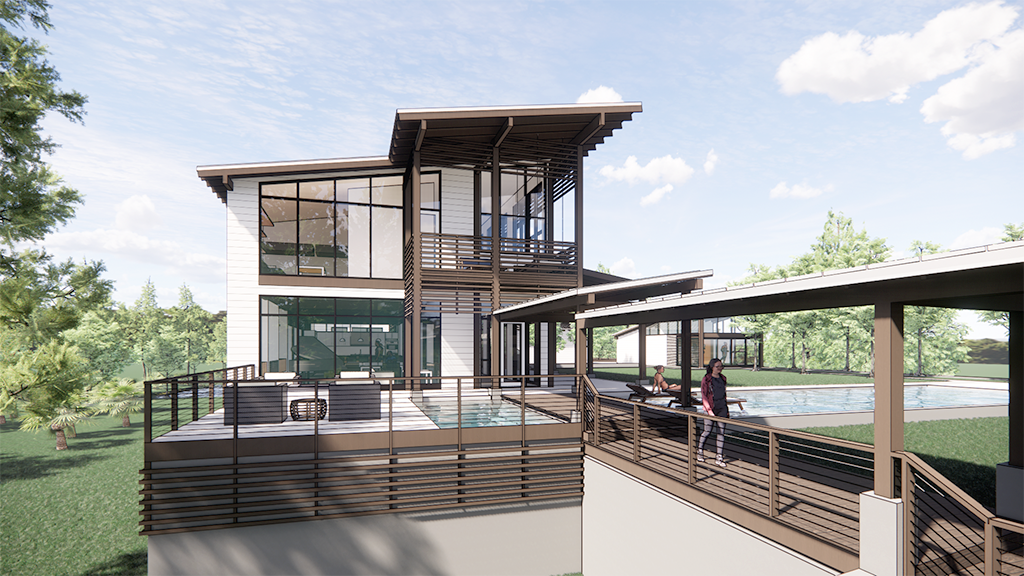 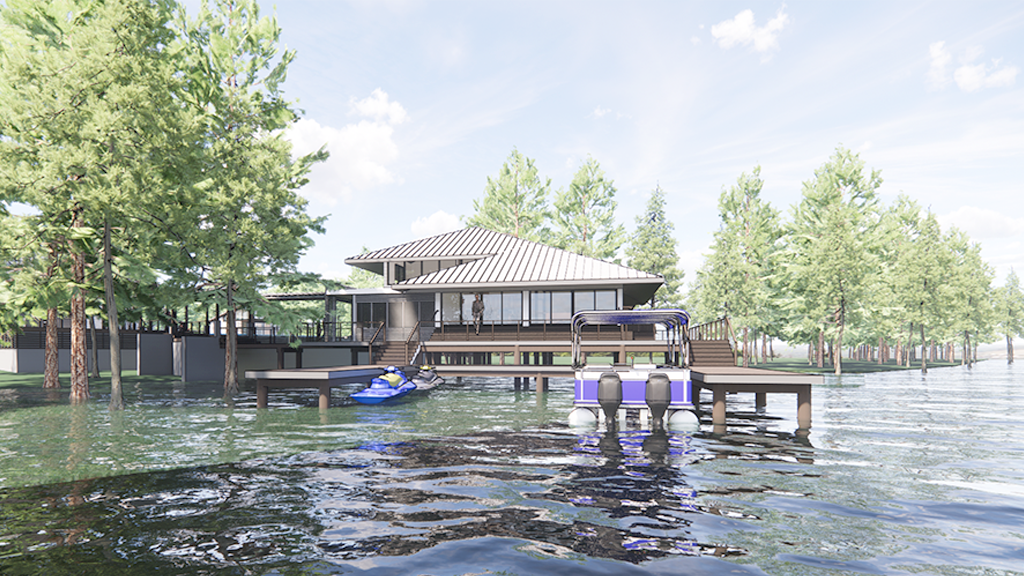 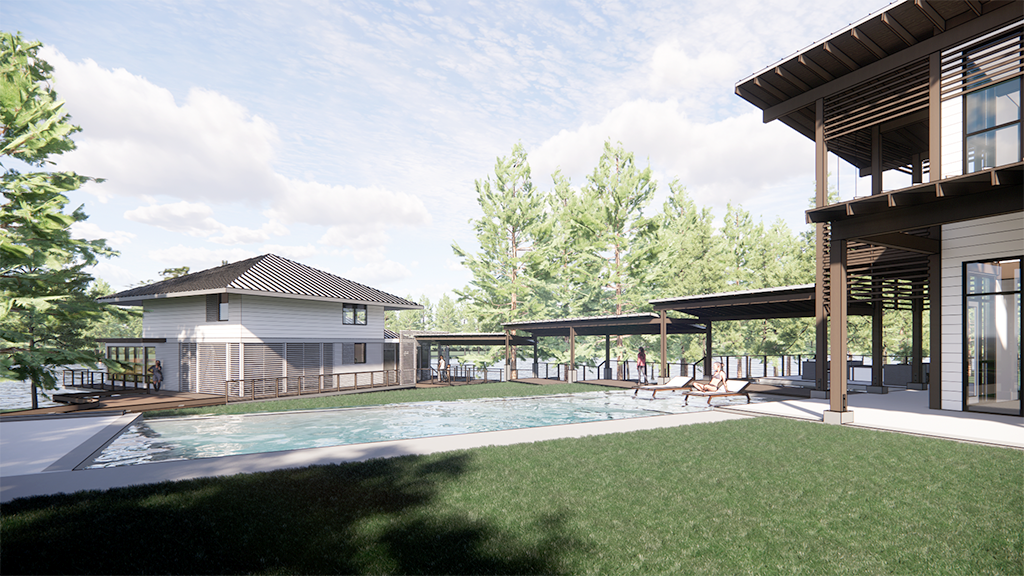 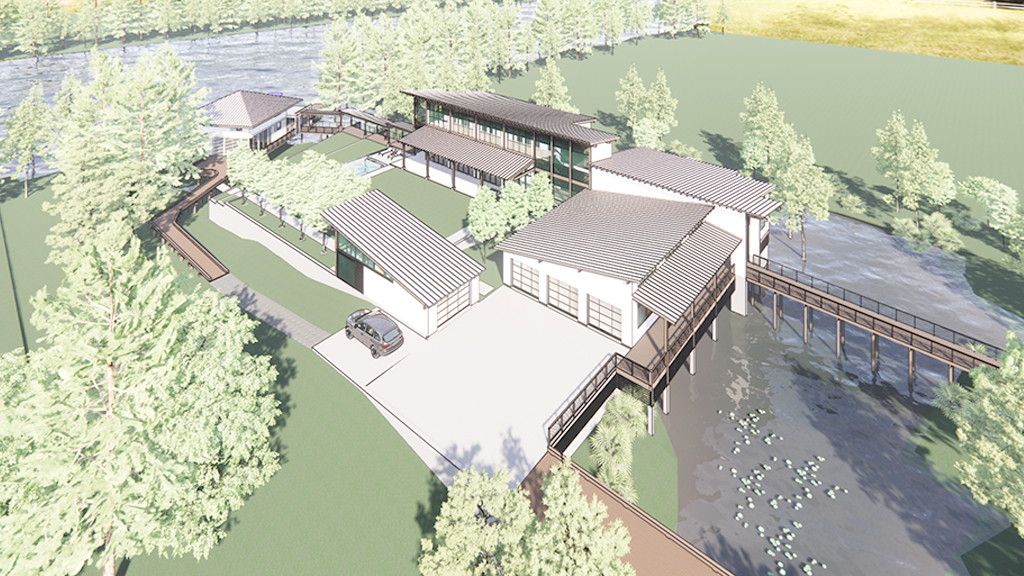 The new residence is located in one of the more well established and exclusive neighborhoods on the Northshore. The property is one of the few in the neighborhood that has access to a river. In the late 1960s, the property’s original owners constructed a house that straddled the river’s edge. The small river house, originally well proportioned and characteristic of mid-century modern Louisiana architecture, was gradually diminished by a series of poorly planned additions.

The masterplan of the new residence complex will strip the river house down to its original structure to function as the party and guest house. The new house will occupy the center of the property on a high point between an existing swampy lowland near the site entrance and the renovated river house. From the guest parking area, the main entry sequence to the new house will begin with an airy pedestrian bridge over the swampy area, initiating an axial parti that extends through the different elements of the house. This axis begins with the entry foyer flanked on either side by the master and guest suites leading to a connecting bridge arriving at the main living wing. This main living section includes an open plan of kitchen, dining, and living room beneath a second floor with three kids’ bedrooms and baths. Toward the rear of the house, the axial parti extends inward to ultimately arrive at the renovated river house. The exterior design contains elements of South-Louisiana regional modernism using low single-sloped metal roofs, heavy timber framing, and lap siding. Generous expanses of glazed openings are strategically distributed to take advantage of inward-facing views to the pool and lawn area while maintaining a high level of privacy within the neighborhood.