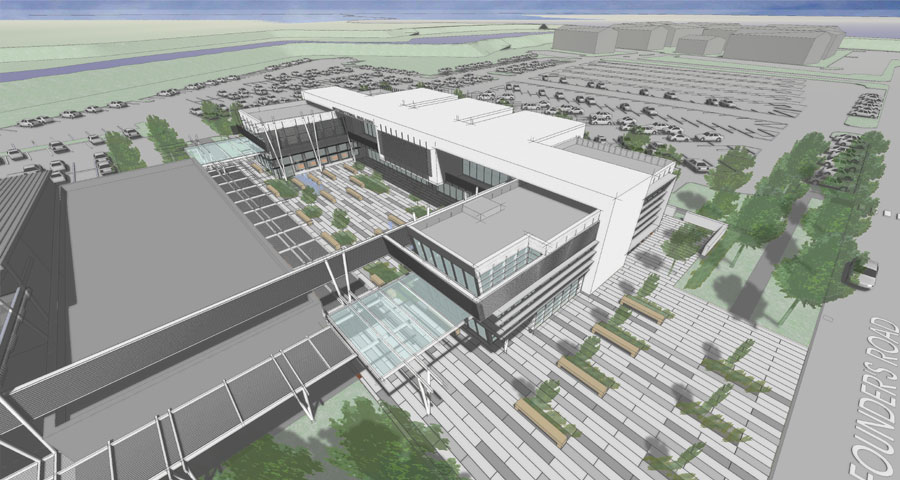 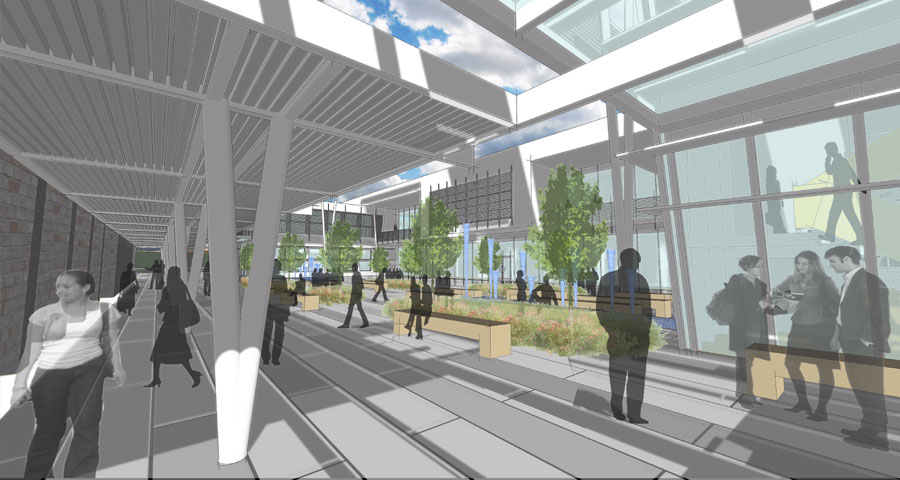 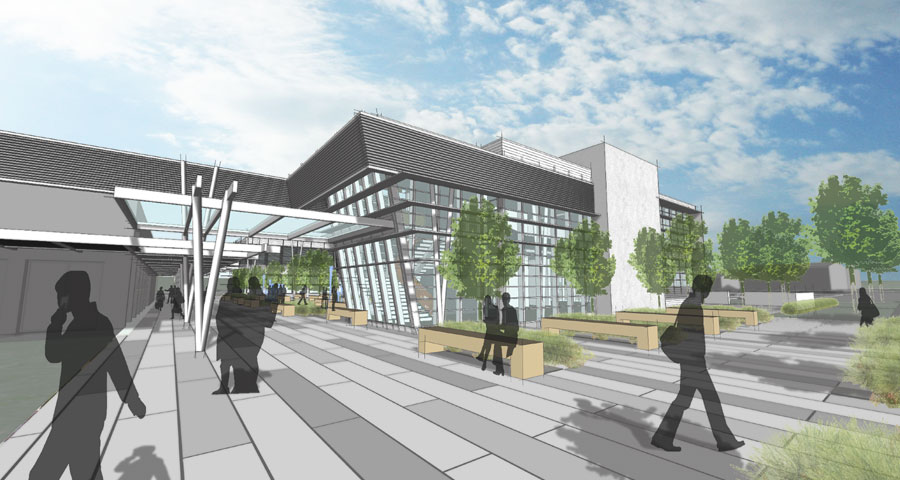 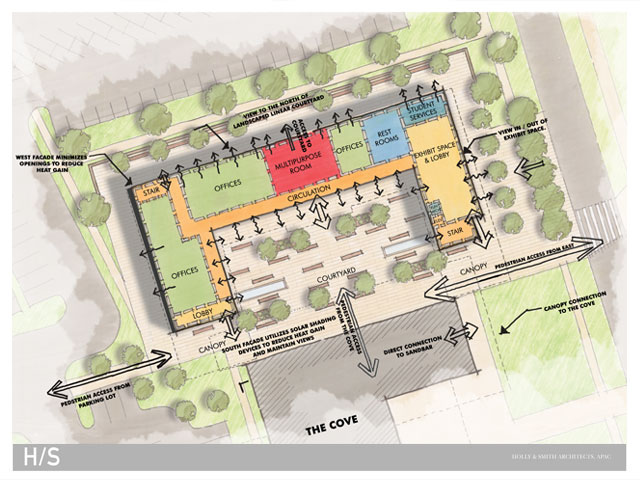 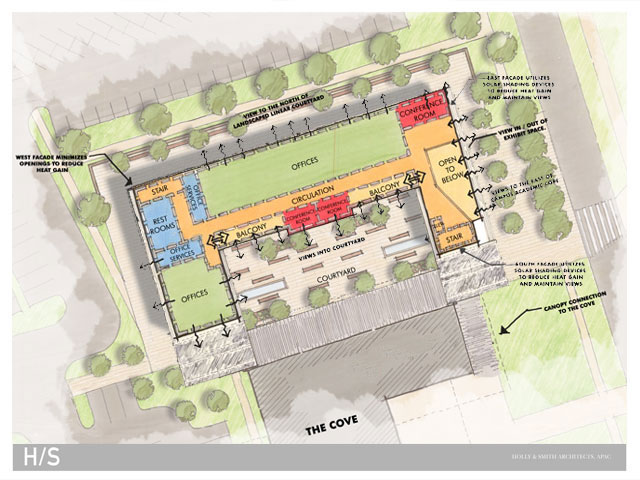 Holly and Smith Architects were commissioned to create a marketing package for the projected University of New Orleans (UNO) International Building whose main purpose would be to house all of the universities’ foreign studies programs while providing UNO with a multipurpose event and gallery space. The design of the building also incorporates a strong visual and physical connection between The Cove, an adjacent student dining center. ||The main concept of the building design was to create a hybrid architecture that utilized and adapted aspects of architecture indigenous to the regions of the foreign studies programs that were represented at UNO whilst generating a proper climactic and architectural response to the city of New Orleans. ||Other guiding principles that also contributed to the overall design were the desire by the university for an identifiable nexus of student activity on the western edge of campus and the fostering of an open, easily accessible building where international and domestic students alike could gather and comingle.