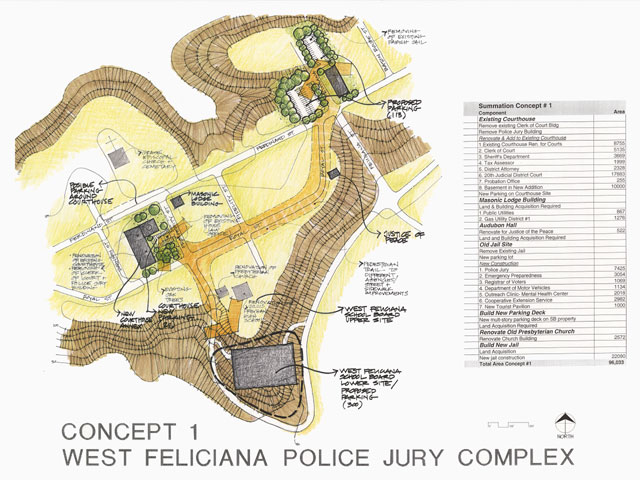 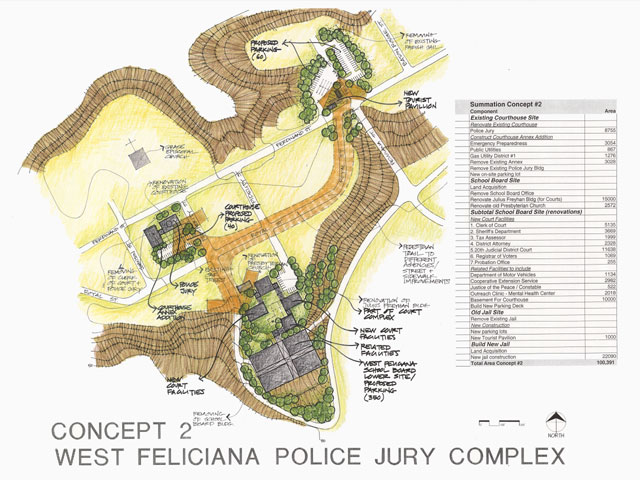 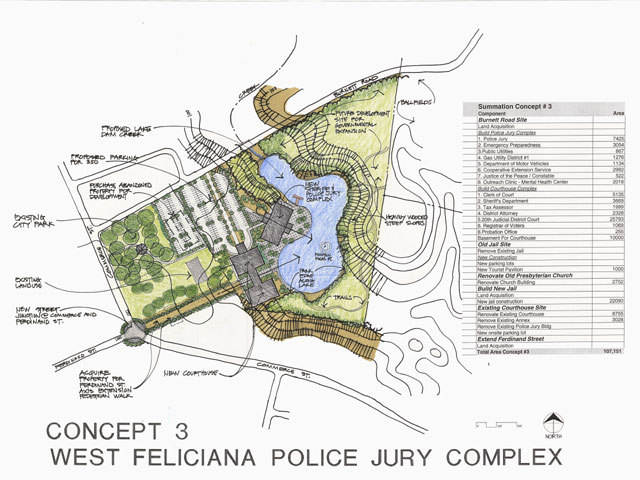 Holly and Smith Architects were commissioned by the West Feliciana Parish Police Jury to prepare a feasibility study for a new governmental complex. Through several masterplans and site studies, it was found that a combination of renovated structures and new buildings to be the most feasible for the project.The West Feliciana Governmental Center includes a 28,000 square foot Annex connected to the existing West Feliciana Parish Courthouse through proximity and groundscape. The Annex and Court House serves as the primary parish facilities for the 20th Judicial Court System, Sheriff, Clerk of Court, and TaxAssessor public agencies. The courtrooms incorporate state-of-the-art sound systems and recording capabilities on the third floor overlooking the historic district of St. Francisville, and the Sheriff’s headquarters is situated to serve Prisoner holding and transportation through an underground Sallyport. All public offices open into a three-story atrium including a winding monumental stair through the spaces. This portion of the facility was simply designed to honor the existing historic courthouse and its monumental copper dome. Insensitive renovations throughout the past century have plagued the existing courthouse. The project includes renovations to preserve the existing facility and to restore the interior and exterior features to original conditions, as well as incorporate modern mechanical, electrical, and acoustical systems concealed from view. The newly constructed Annex through its design pays respect to the existing Court House and surrounding context.