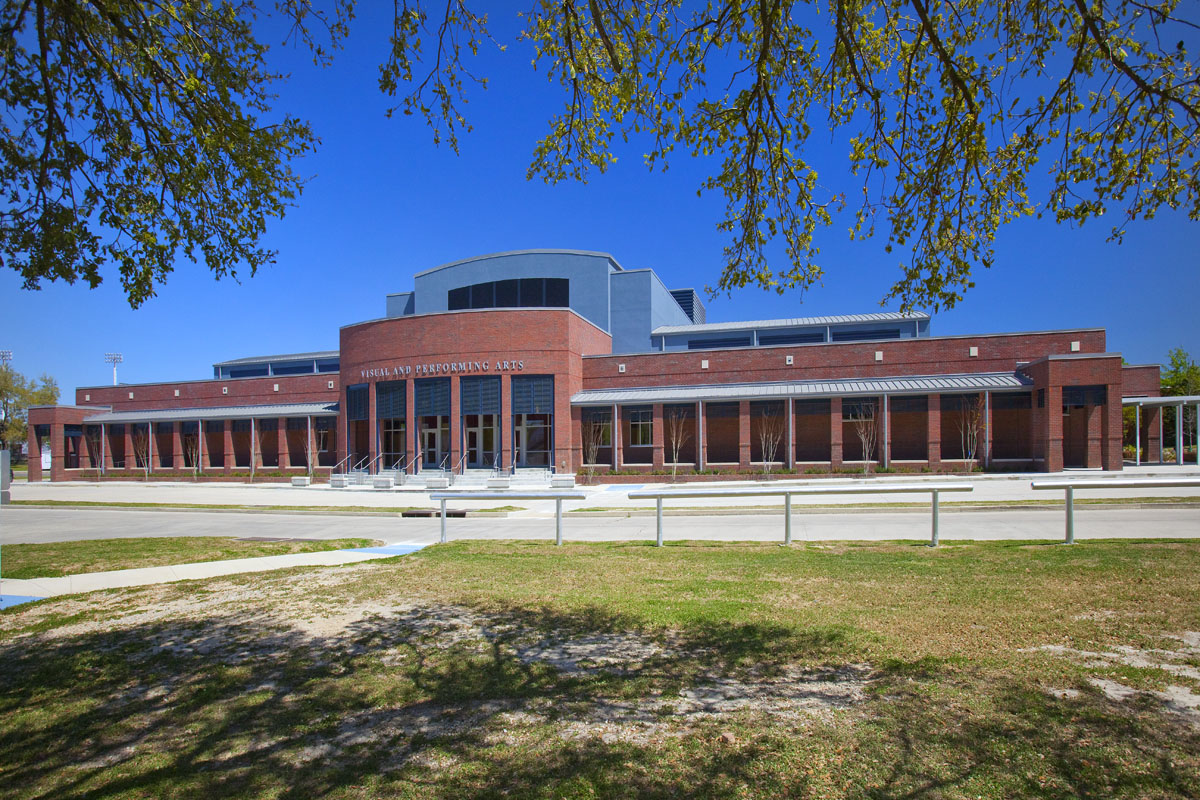 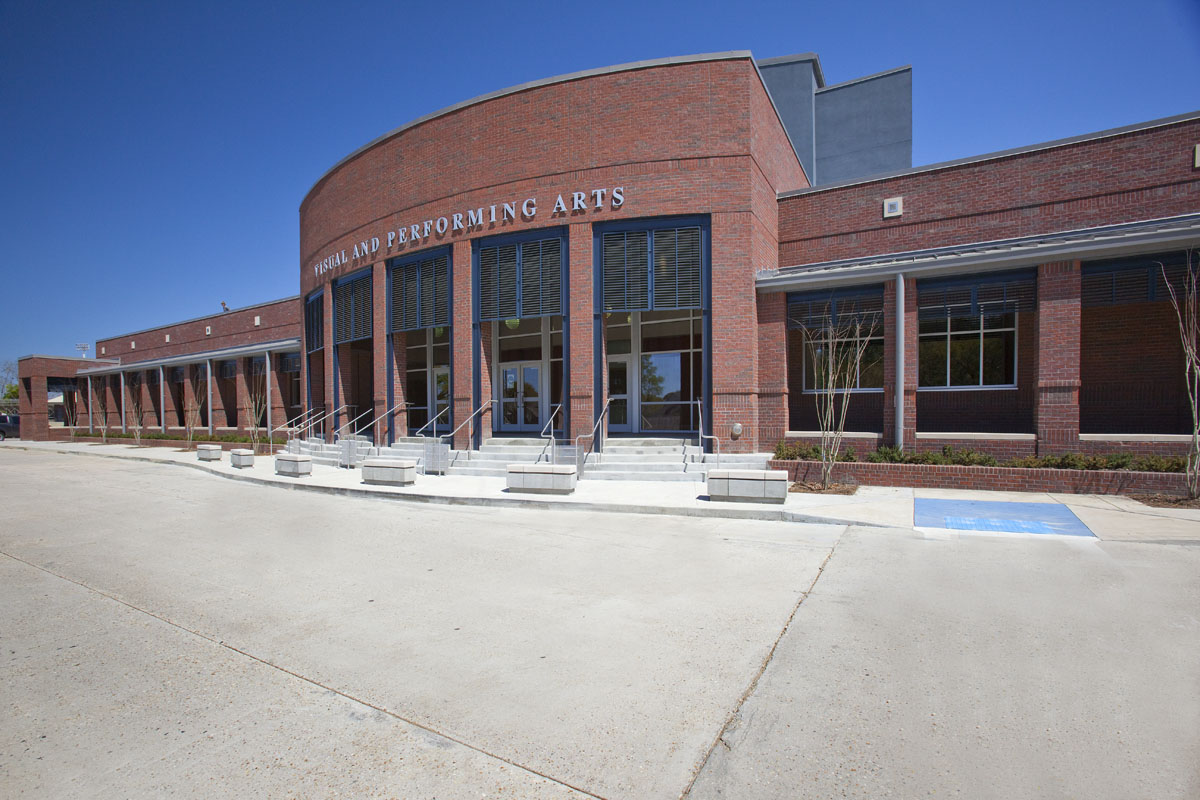 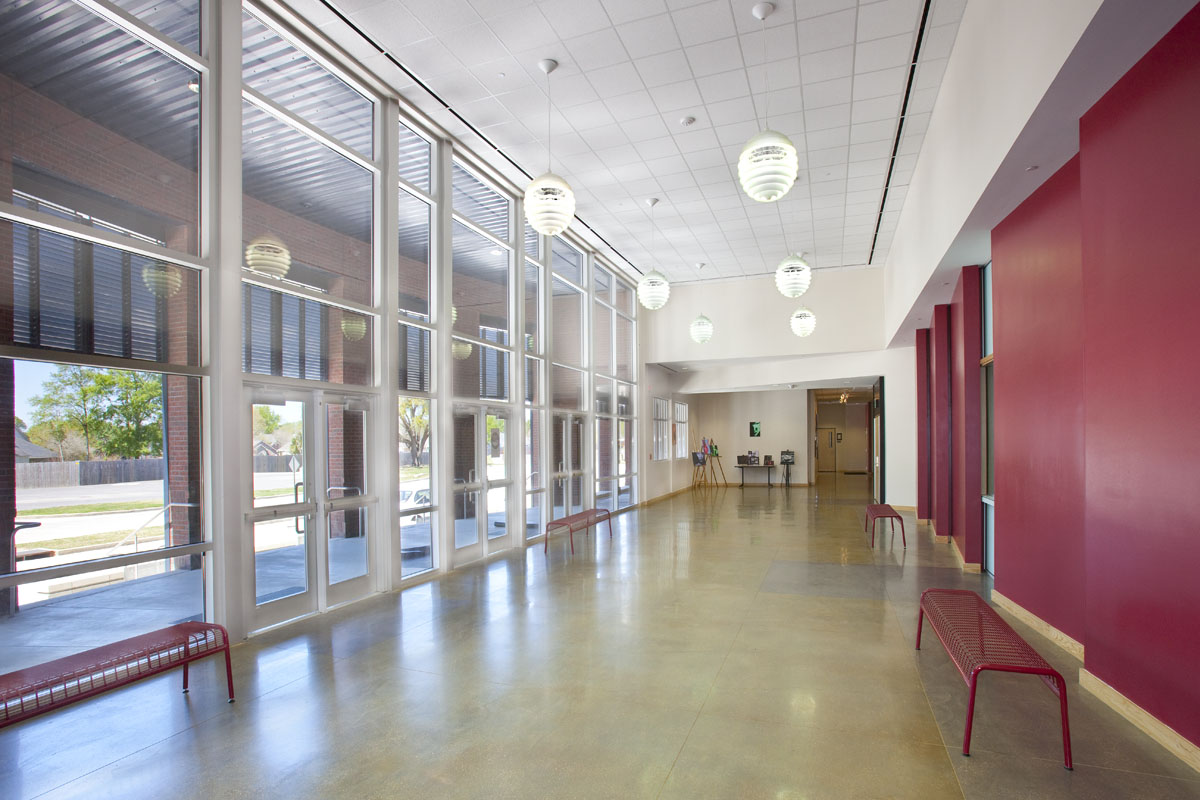 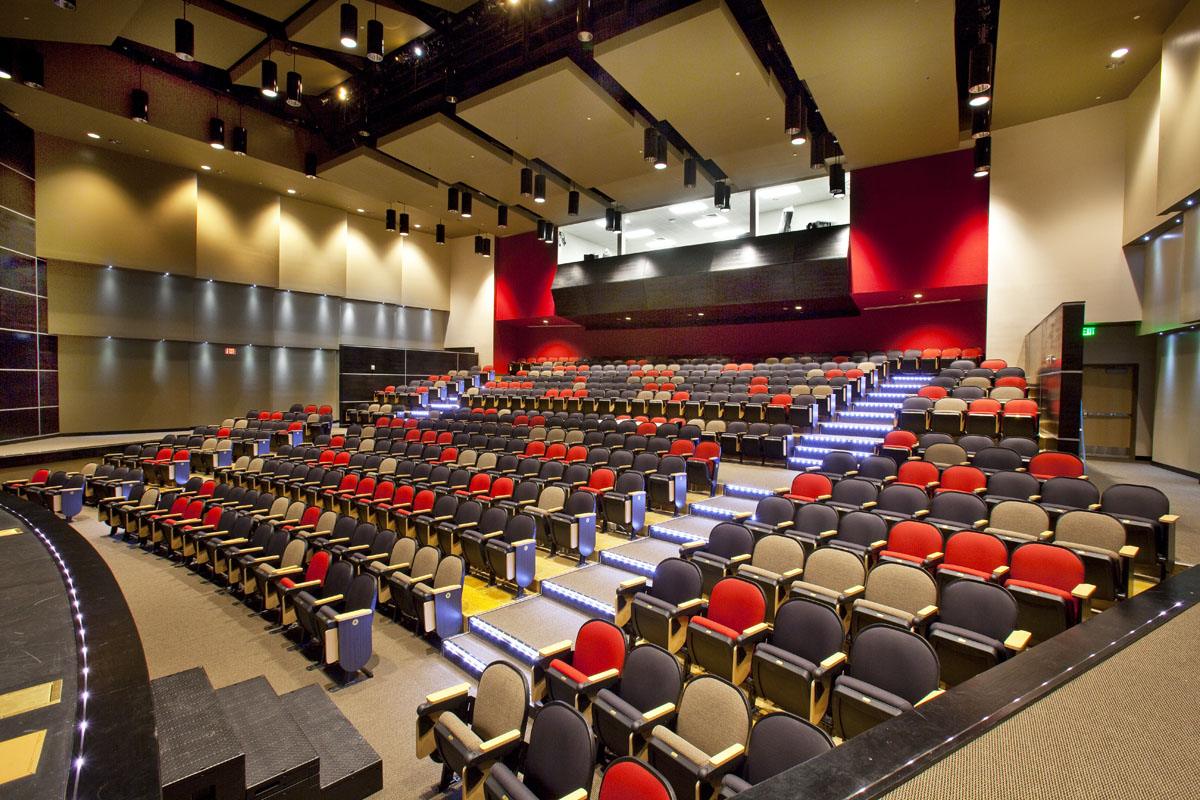 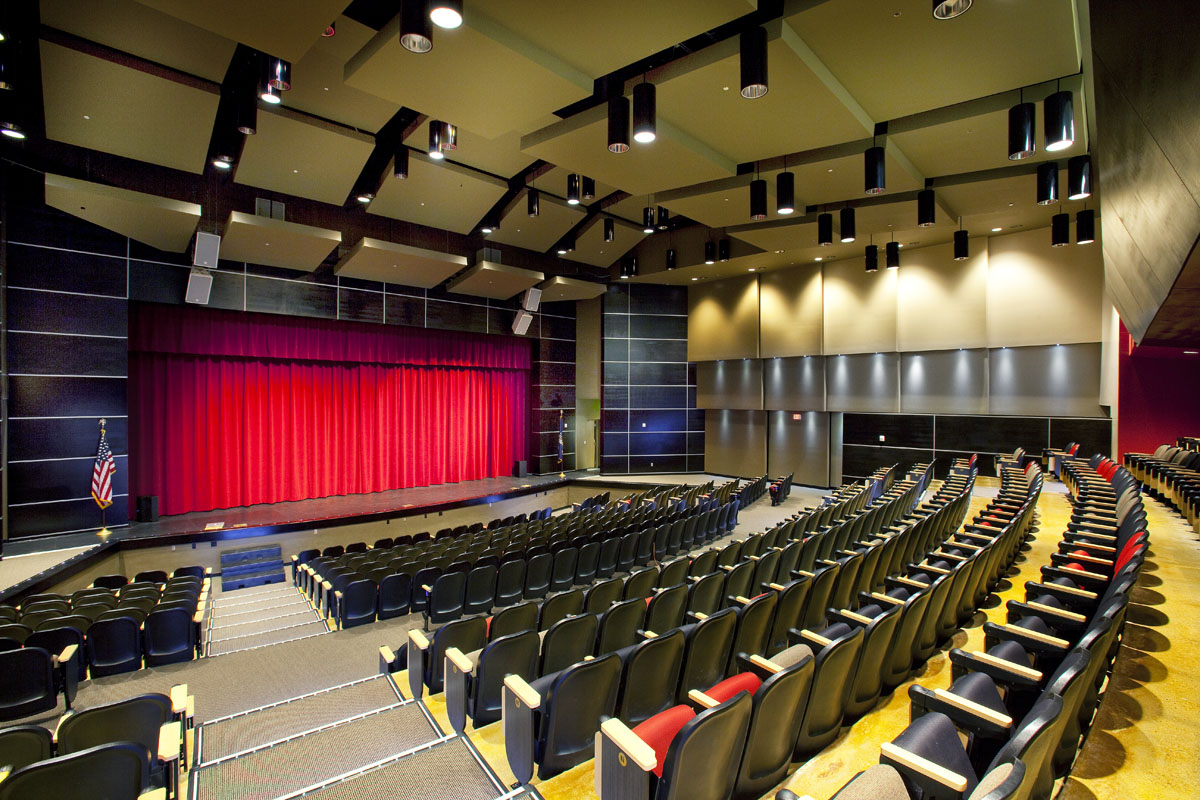 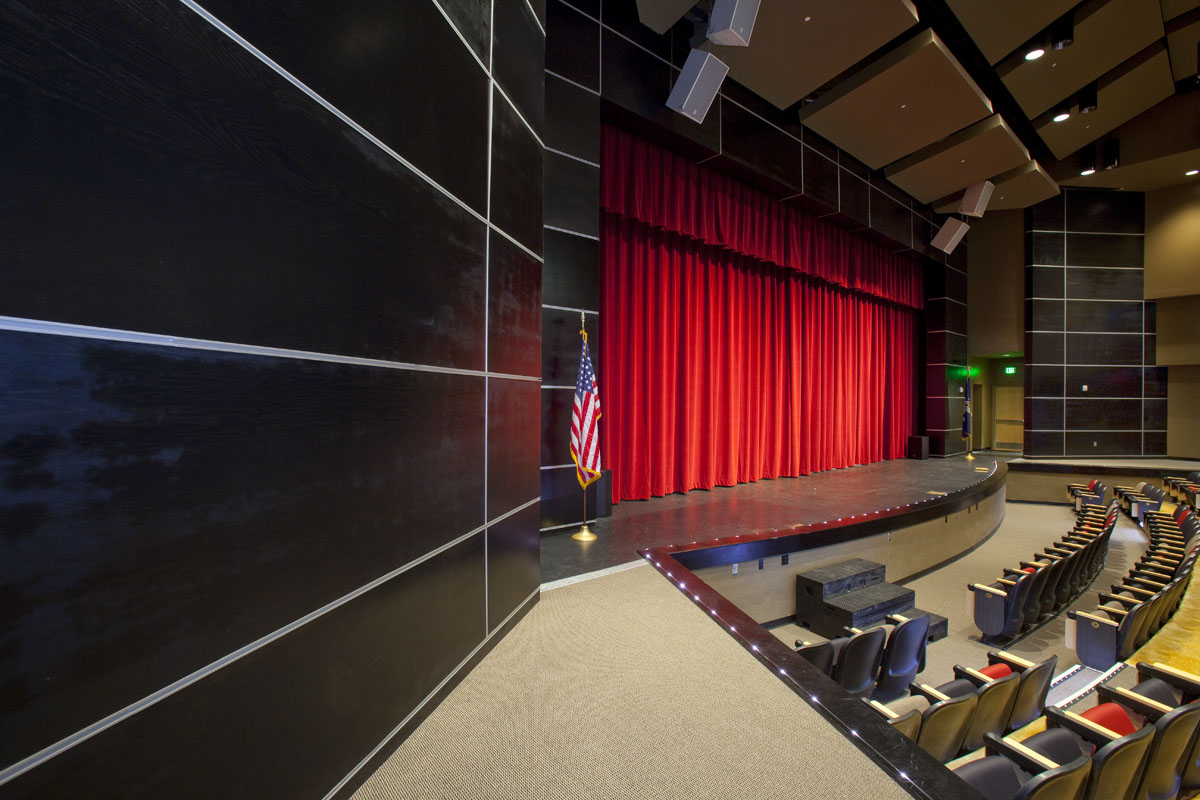 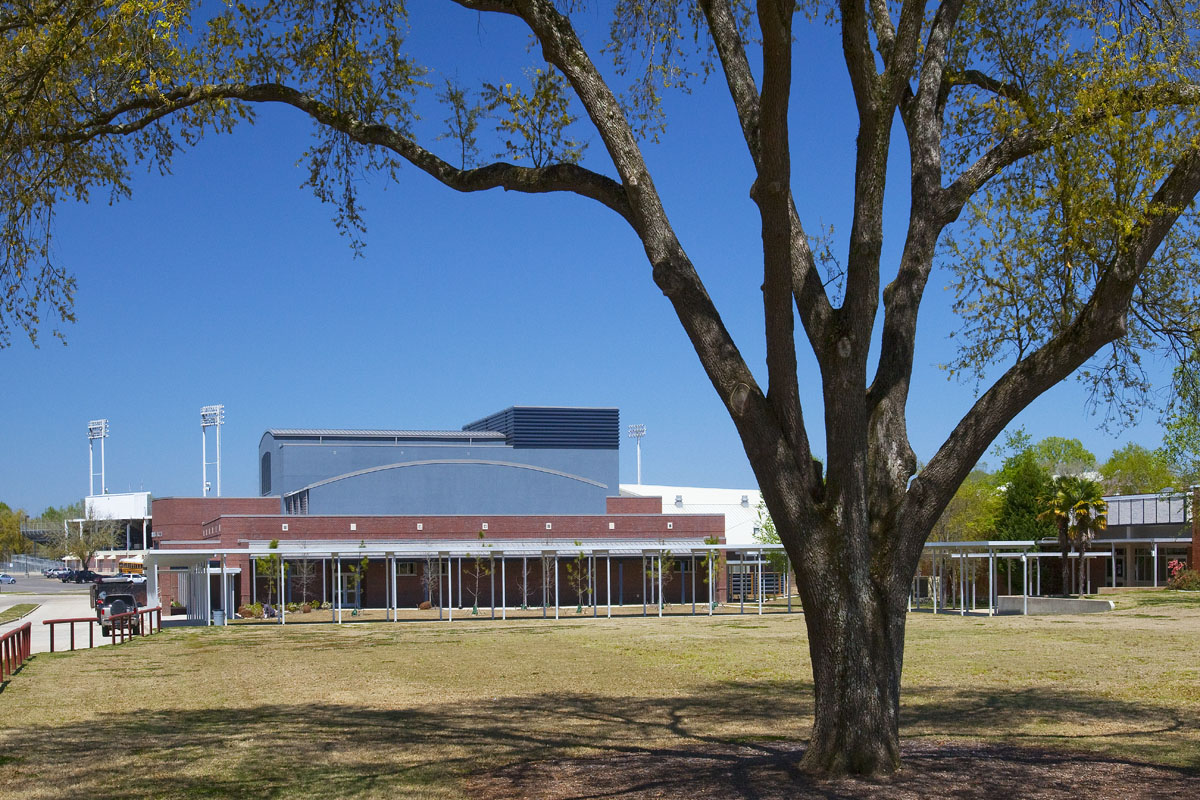 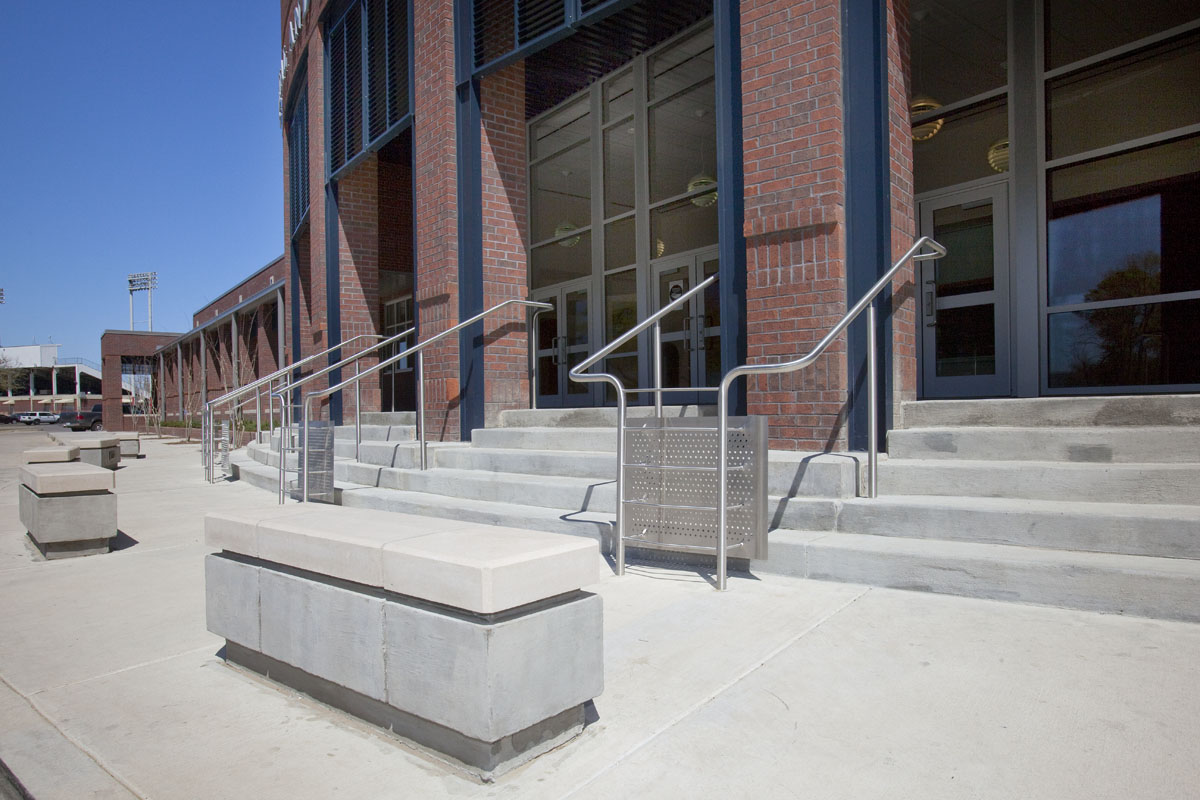 The successful Zachary Community School System needed a larger, more up to date auditorium at Zachary High School. The project consists of a new 450-seat auditorium with a modified fly tower and all back of the house supporting spaces required to host a wide range of productions. Directly connected to the lobby is a 2,100 sq. ft. black box that allows for rehearsal as well as smaller productions. Flanking either side of the performance space are art studios and music rehearsal spaces. To the North, there are two art classrooms, a computer lab as well as a 3D art studio, all of which open into a fenced art courtyard. On the south side are found large rehearsal spaces for band and chorus, private practice spaces of various sizes, and all associated storage and office space.

The exterior reflects the school system’s desire to remain true to their traditional ideals while incorporating some more modern elements. The east-facing entry glass is protected by a deep, radiused brick portico whose openings are infilled with a steel and aluminum solar shading louver system. This detail extends across the entire east facade of the building allowing for a continuous colonnade to protect patrons from the elements. A bowstring radiused metal roof projects upward, allowing for extra volume in the spaces that require it. These forms are clad in stucco and deep ribbed corrugated metal panels. These metal panels are also found on the fly tower form that emerges as a backdrop to receive the house’s radiused roof.