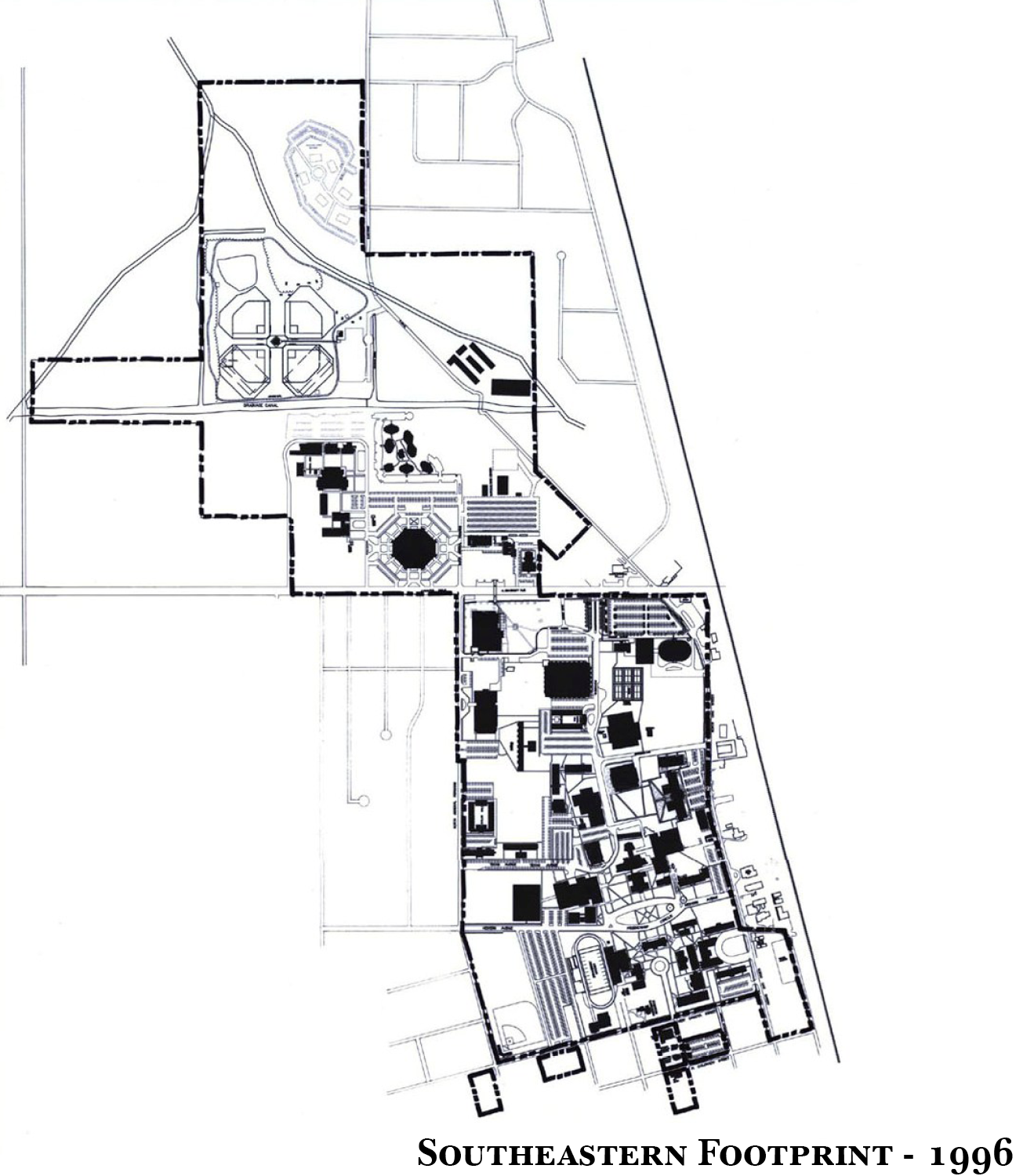 In 2025, Southeastern Louisiana University is coming up on its 100th Anniversary. The institution has seen many iterations of growth over its life. During the early part of the 1990s, Southeastern was noted as being the fastest-growing University nationally. At that time, Holly & Smith Architects (H/S) participated in a joint venture to develop a comprehensive master plan for the University. H/S’s role was to manage and oversee the development of a vision for the future. This work included:

During the process, the team, along with the University, embraced the remarks presented by Richard Dober, a well-known campus planner, now deceased, who said about the mission of Master Plans in University environments:

“Ideally, every college and university should have its own physical image, an amalgam of buildings and landscapes that define and celebrate a sense of place; communicate the institution’s purpose, presence, and domain; and generate an image charged by symbolism, graced by history.”

With this guidance, H/S presented to the University the notion that image was primary in the perception and quality of life as well as recruitment, noting that the University had only one opportunity to make a first impression. H/S is proud to have been a part of the development of the master plan for Southeastern and the three updates that have taken place since its inception. 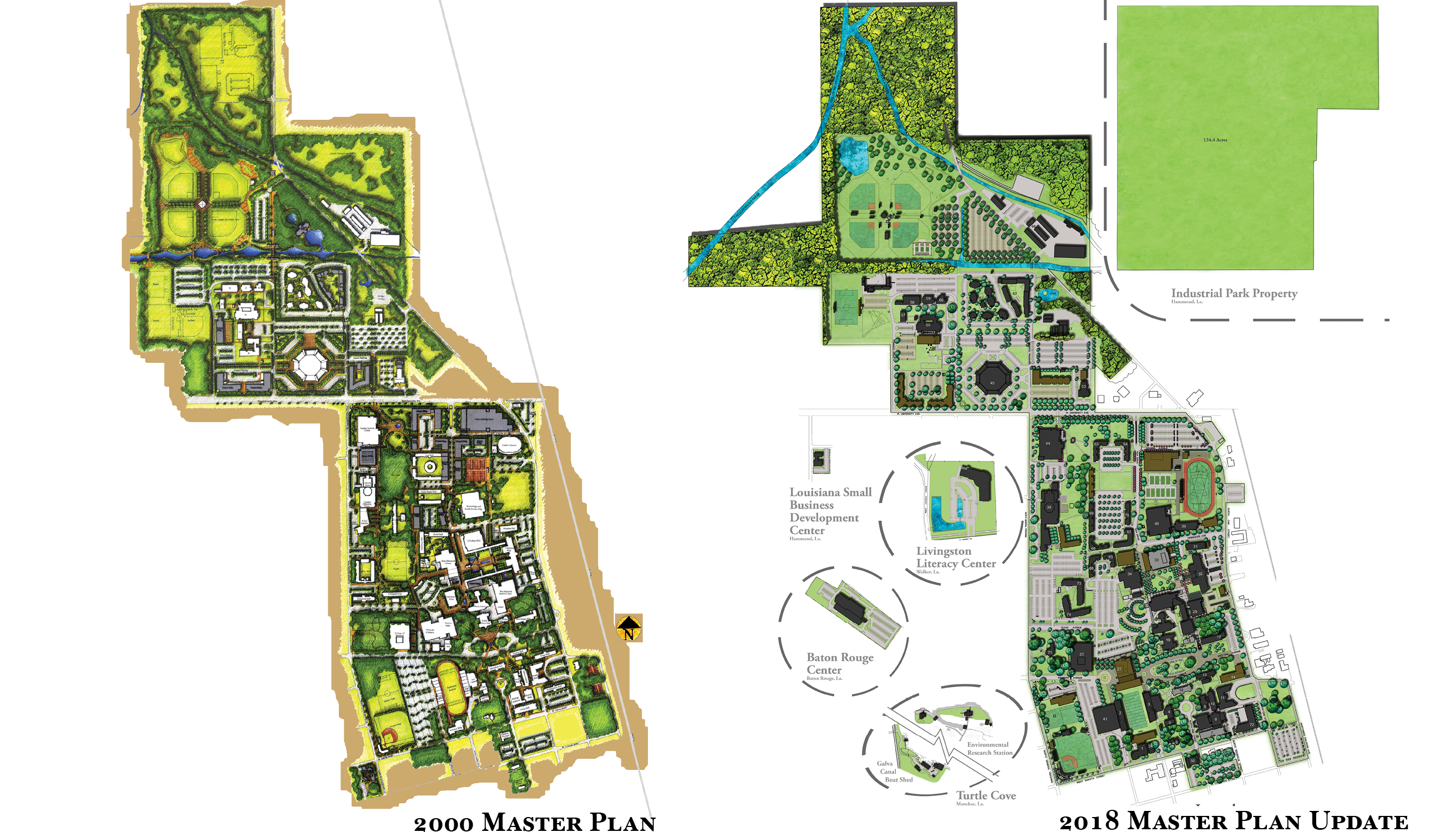 After completion of the Master Plan, a new quadrangle became the center point of development. With that effort in place, H/S was graced with the opportunity to design Fayard Hall, the renovation and construction of the new Student Union with WTW Architects and are currently engaged with the renovation and additions to D. Vickers Hall. These buildings surround the new quadrangle. In addition, the quadrangle itself was embellished with landscaping, the President’s Walk, and a memorial fountain. All of these supporting elements were designed by H/S.

In addition to the special work surrounding the new quadrangle, H/S has been involved with other significant projects that are part of the overall Master Plan. Those projects include the Kinesiology and Health Studies Building renovation and addition, the Charles E. Cate Teacher Education Center addition, the Science and Technology Building, and the Ascension and Twelve Oaks Residential Halls.

H/S is grateful for the University’s trust in our Firm as well as its vision for the future. Our Firm is proud to have developed the Master Plan and set in place a design vocabulary and guidelines that addressed Mr. Dober’s mission. Further, we are humbled to be part of the impact the Master Plan implementation has had on Southeastern. As we observe today, Southeastern has implemented its plan; it has met the goal of providing that first impression; and, by using the past to address the future, has met the challenge of developing a common image charged by symbolism and graced by history.

September 17, 2020
On Thursday, September 10th, architects from the Gulf States Region of the American Institute of Architects assembled via Zoom to celebrate the 2020 Design Awards. The honors program identifies built works of distinction and strives to promote the excellent work......

March 12, 2020
On March 10, Affordable Smiles celebrated the Grand Opening and Ribbon Cutting Ceremony for its new dental clinic in Hammond, Louisiana. H/S designed the tenant improvements and exterior renovations for this build-out of a 4,176 square foot dental office located......